While you might not have heard of the term press release, you definitely have encountered your fair share of them and have seen them floating around in the news. A press release is one of the best ways to gain attention as a small company and can help catapult you from an unknown entity, into a common household name. Therefore, if you are going to be doing a press release, there are plenty of things that you need to know if you want to succeed. Failure to have a successful launch can have catastrophic results as oftentimes these types of releases are not cheap. 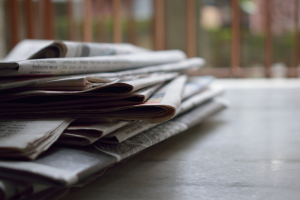 That being said, there are a few different resources that you can turn towards to help lessen the cost of these press releases or even make them free. You can find plenty of free distributors if you look hard enough and need to save a few extra dollars. That being said, however, you have to be careful with free releases as you get what you pay for, or in this case what you don’t pay for.

Although free is nice, you might not be getting the exposure you are looking for and can end up being quite limited in your options. Therefore, we always recommend spending a few extra dollars to ensure that you are catapulting yourself to the top. Before we jump into everything you need to know about a press release, however, we are first going to cover exactly what is a press release. This way you know what is to be expected from your company should you decide to release one.

What Is A Press Release?

A press release is an official statement that is issued to the news or another form of media for the sole purpose of providing information around a topic, making a statement, or coming out with a new announcement. There are multiple aspects of a press release that we are going to cover, and it is important that you include all of them if you want the public to be informed of what you are going to do. Now that we know what a press release is, it’s time to look at the elements of a press release and everything you need to know to ensure yours goes off without a hitch.

Why Should I Schedule A Press Release

Simply put, a press release is a great way to get your company the attention it needs to survive. If you are a small company, not many people are going to recognize your brand or know what you do. The more people you can reach out to, the larger your company is going to grow. It is a great way to get some much-needed advertising, while at the same time allowing you to share some important developments or strides that your company has made in the recent bit.

When Should I Do A Press Release

You don’t want to have a press release for no reason within your company. The goal of this is to build hype or generate conversation about something that is happening. These are generally reserved for some of the most important things out there, so do not host a press release for one small announcement.

If you are planning on releasing a piece of important news, you are going to want to schedule a press release for it. Media will want to cover the topic as well and if you have everything set up for a press release, you are going to be providing them with all the information that they need to continue the story. This will allow you to control the narrative as well and dictate what ends up being released to the public.

If you are releasing a new product, it is also a good time to have a press release. If people don’t know you are launching a product, they won’t know what it is and whether or not they need to buy it. A new product is something that both the media and consumers will love to hear about so get them the information that they are looking for.

Events are another great reason to schedule a press release, especially if it is one that is going to contain notable people. Giving a press release for an event can let people know what to expect and can also inform them of the event itself. This will help to generate hype and excitement and can result in an increase in your attendance.

If you have made groundbreaking research, and you are planning on sharing this data with other industries out there, it can be a good time to schedule a press release. Think of this as similar to breaking news. If you have something that you know is going to change the industry, you should announce it to allow for further innovation.

If your company has recently won a major award or someone within the company has been recognized for something, don’t be afraid to call a press release to let the rest of the world know. Winning global awards of large awards is a sign that your company is on the right track and once again can help shift your company in a positive direction.

Unfortunately, this is the one negative time you should be calling a press release. If tragedy has struck the company or controversy is stirring up, it is best to call a release and spread the information yourself before it hits the media. You will not be able to hide these details forever, and it will just make all of you look worse later when it eventually comes out. Address it immediately and bring it to everyone’s attention, so you can go about claiming responsibility and cleaning up the mess.

The Basic Format to A Press Release

Now that we’ve discussed why and when you should be doing a press release, it is now time to talk about how it should be formatted. You can’t just release anything into the public in the hopes of it picking up and doing well. If you want to have the best chance of success, you need to follow the tried, tested, and true method for releasing information.

This is going to be how you grab the attention of the media and other people. It should be quick and concise but also contain something that is going to hook the reader in. You don’t want to provide false information here, but you definitely do want to give them something that they are going to want to read in.

If the media decide that they want to pick up your story and continue with it, they are going to need to have a way to contact you. By putting this down, it ensures the media can easily get in touch with you and continue your release.

This might not seem important to you, but your press release might be important for the whole world or even the whole country. By listing your location down, the press can focus on where the story is going to do best, therefore saving them resources. If they don’t know your location, they are definitely not going to pick up your story.

This should all be listed in order of importance in regards to your press release. The most important information should all be listed first, with the lesser things being last. The media can only spend so much time reading what you have given them. If it takes too long for them to get to the interesting bits, they are going to throw your story away and look at something else.

Finally, talk a little about your company and what you do. This can give some background insight into the project and can help people understand what you are working towards. If people agree with the direction of your company, they can look to help you in further projects because of a successful press release.

Tips To Make Your Press Release Stand Out

The reality of the situation is there are plenty of companies writing and creating press releases and also gathering up the cash to pay the media. You are going to have to find a way to make your press release stand out from the rest during distribution. If you fail to do so, your story will collapse and there will be no one to pick it up. Here are some tips that can help you rise above the rest.

When writing, imagine that you are a journalist or a member of the media that is going to be reading this. You want the information to be catchy and concise, but at the same time you don’t want things to be too gimmicky. If you are trying too hard to create a story, you are going to be overlooked. This can take some practice but once you pull it off you will be able to create solid press releases.

Ask If There Is Value To Your Story

Whenever you are going to be releasing something to the public, always sit back and ask yourself, ‘so what?’. This is how your audience will be thinking when they read your press release. If you cannot appeal to their interests and the audience that the media garners, you are not going to have a good release. Targeting the right media source is also important as that will impact who sees your release.

As we mentioned earlier, you should always be starting with the most important information first. People don’t have time to waste rifling through your paper to find out what is so important. By hooking the reader early and providing the story, you can win them over. Putting company information at the end is best as it is something that is not necessary to the press release, but can definitely provide additional supplementary information to those who are interested.

Providing a short quote from someone on the team is another thing you are going to want to do to make your press release stand out. This is important as the media will want to grab a quick slogan or phrase that they can use to talk about your story. Make it concise and to the point as it has to be something that can easily be remembered.

Get Rid Of The Clutter

Finally, please don’t go about posting in words for the sake of increasing your word count. While that might work for essays and research papers, the shorter a press release is the better. You are not there to spend a lot of time talking about a product, you are there to generate hype and get people talking about you. A long-winded press release is going to bore people, and you are going to lose the audience that was once interested in what information that you had. For the sake of you and your company, don’t ramble on mindlessly and go on tangents.

Create A Conflict And A Solution

By working to innovate, your company should always be looking to solve a current problem that is out there. Mention a current conflict early on in your release and then quickly provide a solution for it. This will show the importance of your company and will let people know that what you are doing is important. 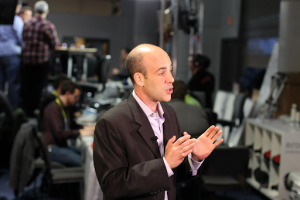 Hopefully, this provides you with a lot of the information that you need to know about when it comes to press releases. It will take some time to practice and get them up to an adequate level, however, it is important that you understand how they work and what is expected from you. What do you plan on creating a press release for?