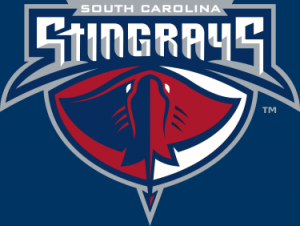 The ECHL, in conjunction with the South Carolina Stingrays and Wheeling Nailers, have announced that the remainder of their game that was rescheduled for Monday, April 12th at 1:00 pm has been cancelled and will not be completed.

The game began on Saturday night and one period was played, before unplayable ice conditions forced the remaining two periods to be postponed. Due to travel and scheduling conflicts in regards to player safety, it was determined that the game would not be finished and removed from each team’s schedule.

Sunday’s 4:10 pm match between the two teams at WesBanco Arena is still on as scheduled to be played in its entirety.

The Stingrays return home to host the Orlando Solar Bears on Wednesday for Autism Awareness Night at 7:05 pm.