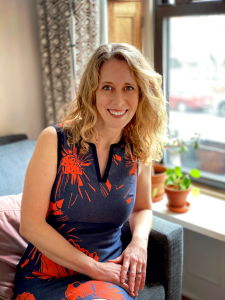 The Charleston Gaillard Center on Wednesday announced Lissa Frenkel as its new chief executive officer. She will begin her new role in July 2021.

Most recently, Frenkel served as managing director of the Park Avenue Armory, a premier cultural institution producing and commissioning unconventional works in the performing and visual arts in Manhattan. During her tenure with the Armory, she was instrumental in building its operating budget from $6 million to $27 million and in leading the $165 million in capital redevelopment projects that invested in the adaptive reuse and restoration of the building.

“I look forward to building on the Gaillard Center’s successes and leading the Charleston Gaillard Center team to expand the institution’s identity as a world-class innovator in the performing arts in the region,” said Frenkel. “I am thrilled to be joining such a culturally adventurous community in Charleston and at the prospect of partnering with both the Gaillard’s resident companies and collaborators and the broader Charleston community as a conduit for artistic expression and conversation in the city. Working closely with the Gaillard Performance Hall Foundation, I am delighted to support Charleston’s long-term commitment to the arts.”

Originally from Boston, Frenkel earned her undergraduate degree in art history from Emory University and her master’s degree in urban planning from the Graduate School of Design at Harvard University.