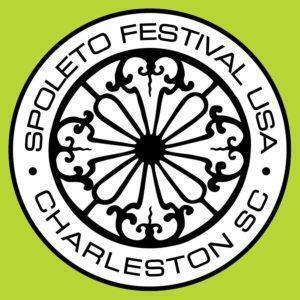 This announcement follows months of considered planning for the health and well-being of artists, staff, and audience members, conducted in accordance with local and national health guidelines as well as recommendations from a team of healthcare professionals at the Medical University of South Carolina. The Festival is operating with an overall capacity that is 25 percent of a typical season.

“In many ways, this season will be quite different—not least because of the reduced number of performances and seats as a result of physical distancing,” says Redden, noting that one of the great disappointments was the second postponement of Omar, the Festival’s world premiere opera by Rhiannon Giddens, now slated to open the 2022 Festival. “Still, despite the constraints and challenges, this season will be remembered for its moments of immense beauty. I want each audience member to have an unforgettable, magical experience—the kind that can only come from seeing live performance.”

To accommodate an in-person season with an audience, Festival organizers are constructing two outdoor stages for use in addition to the stage at the College of Charleston Cistern Yard. On the grounds of what once was a train depot built in the 1840s, the Charleston Visitor Center Bus Shed will host 16 performances of the play, The Woman in Black, adapted from Susan Hill’s novel by Stephen Mallatratt and directed by Robin Herford. At Spoleto, each performance of The Woman in Black will begin at 8:30pm; the space is in use by CARTA (Charleston Area Regional Transportation Authority) every day until 5:00pm and will be transformed into a performance venue each evening.

A keystone of Spoleto Festival USA, twice-daily chamber music concerts will continue in 2021. Geoff Nuttall, Festival Director of Chamber Music, will again host these 45-minute long concerts inside the historic Dock Street Theatre. Punctuating this year’s programming will be four world premieres, including two from composer-in-residence Jessica Meyer: a string quartet inspired by 18th-century pirate Anne Bonny and a solo work for violinist Livia Sohn titled “From Our Ashes.” Cellist Alisa Weilerstein will premiere a new work by Osvaldo Golijov, written for Weilerstein and performed alongside Inon Barnatan. And oboist James Austin Smith will play the premiere of Siegfried Thiele’s “Ballade für Oboe,” which was written for Smith after he met the German composer in Leipzig this fall. The season will also include Samuel Coleridge-Taylor’s Nonet in F minor and Paul Wiancko’s “American Haiku” for Viola and Cello, as well as new arrangements of Max Bruch’s Concerto for Clarinet, Viola, and Orchestra, op. 88, and Tchaikovsky’s Variations on a Rococo Theme, op. 33, featuring Weilerstein. For those unable to attend in person, select movements from all 11 programs will be videotaped and shared throughout the Festival via email and on social media platforms. The concerts will also be recorded and broadcast on South Carolina Public Radio. Listeners can tune into “Sonatas and Soundscapes,” weekdays beginning Friday, June 4, at 11:00am ET—on air or at southcarolinapublicradio.org—to hear high-quality concert recordings plus interviews with artists from Spoleto’s 2021 series.

The 2021 season also marks a change of guard as it will be Redden’s final as general director; after 35 years with Spoleto Festival USA, he will step down from his post in October. To mark his lasting impression, Spoleto is hosting a livestreamed, virtual gala on May 22, featuring pre-recorded performances and messages from friends and artists whose careers Redden has impacted, including Laurie Anderson, Ayodele Casel, Steve Reich, Rhiannon Giddens, and Bill T. Jones. Countertenor Anthony Roth Costanzo will emcee the event, live from New York City. The event is free to stream and will be available to watch through June 13. Donations from the event will support the Nigel Redden Emerging Artist Fund, which has been created in Redden’s honor and earmarked for use by his successor to bolster programming efforts.

The 2021 program is outlined at the link below. Performance tickets become available to the general public beginning Tuesday, April 13, at 10:00am ET by phone at 843.579.3100 or online at spoletousa.org.