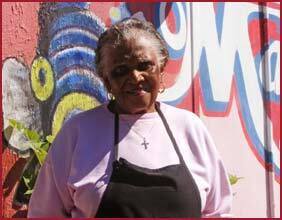 Martha Lou Gadsden, who for decades owned the beloved downtown soul food restaurant Martha Lou’s Kitchen, died Thursday morning, according to a report from Live 5 News. She was 91 years old.

Her restaurant closed in September after 37 years in business “due to development in the area.” The Post & Courier’s reporting said the building was owned by Craig Bennett and is scheduled to be demolished.

The popular pink restaurant was known for its fried chicken, lima beans, and so much more. Gadsden and her business were featured on the Travel Channel and appeared in Bon Appetit, the New York Times, Southern Living, and more.

Follow us
Related Topics:Martha Lou Gadsdenmartha lou's kitchen
Up Next