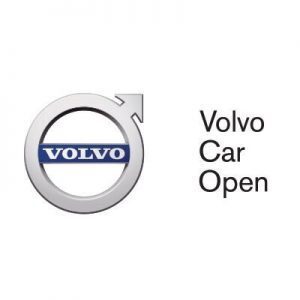 The Volvo Car Open’s 56-player draw is made up of 43 direct entries into the tournament, five wild cards and eight qualifiers. The qualifying draw features 32 players with 28 direct entries and four wild cards.

Kvitova, currently ranked World No. 10, has won 28 career WTA titles, including one this year at the Qatar Total Open. The 2021 Volvo Car Open will be her second time competing in Charleston. In addition to her two Wimbledon titles (2011 and ‘14), the Czech player was a finalist at the 2019 Australian Open and semi-finalist at the 2012 and ‘20 French Open.

Swiss player Bencic has captured four WTA career titles. The upcoming Volvo Car Open will be the 24-year-old’s fifth time playing the tournament, where she reached the semifinals in 2014 and quarterfinals in 2019. She was also a semi-finalist at the 2019 US Open and finished 2020 ranked within the WTA’s top 20 for the third year in a row.

World No. 20 Vondroušová reached the fourth round of this year’s Australian Open and Miami Open and the semifinals of the Yarra Valley Classic in Melbourne. With her run to the finals at the 2019 French Open, the Czech standout became the youngest player, at 19, to reach a Grand Slam final since 2007. This will be her first time competing in Charleston.

Candian Fernandez won her first WTA title last week at the Abierto GNP Seguros in Monterrey. The 18-year-old did not drop a set throughout the tournament on her way to victory. In 2020, she reached the final of Acapulco and the quarterfinals of Monterrey. She also participated in the Credit One Bank Invitational at the LTP Daniel Island Tennis Center on Team Kindness. Fernandez will compete in her first Volvo Car Open in 2021.

Nineteen-year-old Navarro is currently a freshman competing on the University of Virginia’s tennis team at No. 1 singles. Ranked No. 6 by the Intercollegiate Tennis Association, she has a 12-0 record and has only lost two sets in ACC play. The Charleston local finished 2019 ranked the No. 3 juniors player in the world, from a season that included a semifinals finish at the 2019 Junior Wimbledon Championships, a finals berth at the 2019 French Open Junior Championships and the singles title at the 2019 Adidas Easter Bowl. In 2018, Navarro won the 18 singles and doubles titles at the USTA National Clay Court Championships, which awarded her wild cards into the 2019 Volvo Car Open singles and doubles draws. The 2021 Volvo Car Open will be her second time competing in the event.

The 2021 Volvo Car Open will be held without fans due to the ongoing pandemic. The tournament has partnered with the WTA and the Medical University of South Carolina to develop its health and safety protocols for the event, which will allow the team to create a safe atmosphere for players, essential staff and operational partners. Both Tennis Channel and WTA Media have agreed to broadcast the 2021 Volvo Car Open, providing a full week of coverage and more than 70+ hours of live tennis for fans both in the U.S. and abroad.

The Volvo Car Open was canceled in 2020 due to the coronavirus pandemic. Since 1973, the tournament has been a pioneer in women’s professional sports, paving the path for female tennis players to receive equal recognition, respect and pay in the sport. Originally held on Hilton Head Island, the event moved to Charleston in 2001 and is now played on Daniel Island at the LTP Daniel Island tennis center, home to the Volvo Car Stadium.

Charleston Tennis, LLC, which manages the Volvo Car Stadium under a lease from the City of Charleston, recently announced plans to renovate and modernize the 20-year-old Volvo Car Stadium. The city-owned facility will undergo upgrades to enhance the stadium experience for patrons, performers, tennis players and event management, allowing the venue to attract world-class athletes and talent to Daniel Island.