Perhaps some of the biggest news to hit the entertainment industry recently has been with the announcement made toward the end of last year that could see a huge change in cinema as one of the big Hollywood studios has been committed to launching its big box office titles straight to video-on-demand as well as the cinema signalling the first big change for a long rooted industry – the links between HBO Max and Warner Bros could change the cinema industry for good, but is it possible that the theatre follows a similar path too?

Many have hinted that the theatre could be one of the faster markets to recover as a ‘new normal’ settles in and the lifting of lockdown finds many looking to find opportunities to explore their favourite pastimes once again, but as other big favourites start to shift to online with the closure of land-based alternatives with the likes of Nevada sports betting as a prime example, some of the big industries will follow along – theatre has already seem some change in 2020, but whether or not that change could become more permanent remains unknown. 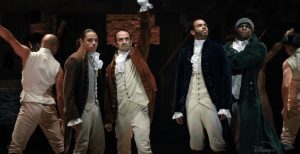 The example that the change could be possible came last year as the release of Hamilton on Disney was able to pull in big numbers, the release suggested that downloads of the Disney+ app during the release last year saw an increase of 74% over the weekend in the US, and it had remained as one of the most streamed pieces of media online for a number of weeks after release too showing that there was definitely a demand in place. With a shifting of structure for Disney to focus more on its own streaming service, there is certainly the possibility and future big theatrical releases for any on this platform in particular, there are certainly future opportunities.

Although there will still be a question around whether or not other platforms will find similar success, the Hamilton release came at a time during the height of the pandemic where lockdown and restrictive measures were at their highest, as such there may be no guarantee that as things start to return to a more normal approach the same success would be found but given the interest in recent digital release there’s certainly an opportunity to be found.

Answers will surely be made more clear over the coming months particularly as more video-on-demand services begin to make more preparations for a change for newer big releases, if theatre is able to follow then it does create a new frontier for big releases, and could change the industry as a whole if success is found once again – whilst there currently aren’t any bigger planned releases, there are expectations that these announcements will be made in due time.