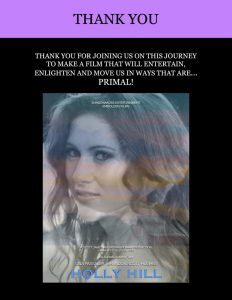 Shadow Moss Entertainment, a local film production company, has launched a crowdfunding campaign for their upcoming movie, Holly Hill, which will be shot in and around the Lowcountry.

The campaign’s website says Holly Hill is a full length Drama/Romance feature film by writer and director Adrian Roman. They are planning to start principal photography in June.

The group is seeking to raise money for post production sound, color correction, hiring a composer, film festivals, and marketing. You can see their pitch video below. To learn more about their campaign – and to see what perks they are offering – visit their campaign website here.

Follow us
Related Topics:Holly Hill (movie)indiegogoShadow Moss Entertainment
Up Next