From Abraham, Moses, Joseph, and King David in the Old Testament, to Peter, Paul, and John the Baptist in the New Testament, the Bible is overflowing with numerous accounts of the brave men who helped shape God’s will, ultimately including His son Jesus Christ the Savior. While many stories have been written over the years recalling the trials and tribulations of these men, and countless others, very few books have been written about the courageous women who helped carry out God’s mission statement for His creation.

Although she is not the first to recognize the essential roles females played in shaping God’s historic will, Fox News personality Shannon Bream offers up compassionate back stories of several prominent and lesser known Biblical ladies in her most recent book, ‘The Women of the Bible Speak’ : The Wisdom of 16 Women & Their Lessons For Today’.

Unlike the King James Version of the Good Book, ‘The Women of the Bible Speak’ is an easy to read and insightful chronicle of how God positioned select women throughout the Bible, to bring about His directives. Bream suggests that while most of the Good Book centers around men, God in His infinite wisdom, enabled a few choice women, some who flew under the Biblical radar, to be agents of good will, helping the Israelite nation and the early Christian church.

Unless your a Bible scholar a few of the women listed might not be as recognizable as Sarah, Rachel, Ruth, Esther, and Mary, with Ruth and Esther the only two females to have books named after them among the 66 recorded in the Bible.

In what can be best described as both story and tutorial, Bream details the lives of eight pairs of women. Bream not only describes how each made significant contributions to the Bible, but how their inter-connected stories were designed by God, to advance His plan.

Bream opens up right away recounting how both Sarah, and her hand-maiden Hagar each had specific roles serving Abraham. Both women bore him children, with their sons Isaac and Ishmael each taking on pivotal roles in future generations. 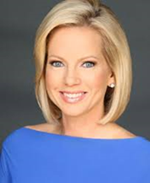 Bream outlines the unique and somewhat strange relationship sisters Leah and Rachel had, with both being married to the same man (Jacob). The behind the scenes story has more to do with God’s purpose and justice dealing with Jacob. What presents as a mixed up bond between siblings, reveals again God’s plan to establish the twelve tribes of Israel, with Joseph (Jacob’s son with Rachel), in the end saving his family from famine.

Even if you haven’t read the Good Book in quite some time, the story of Ruth is quite remarkable, a young woman of Moab descent who marries an Israelite, only to have her husband and father in-law soon die. While it would be easy to assume Bream would add Naomi to the 16 women she documented in her book, Bream focuses more on how faithful Ruth was in providing care and companionship to her mother in-law. Ruth’s stewardship is attributed to her when she marries Boaz.

Bream admits not all the women she profiles in ‘The Women of the Bible Speak’ have stellar beginnings or motives. Unlike Ruth, Tamar is a woman shunned by Judah after she is left childless following the deaths of Judah’s two sons. Not willing to provide his youngest son to extend the family name, Tamar concocts a plan to get pregnant, posing as a prostitute to seduce her newly widowed father in-law.

Tamar’s account is much different than that of Ruth, yet both are listed in the genealogy of Jesus Christ in the Book of Matthew. Many theologians believe the short narrative of Tamar and the dynamic she had with Judah, is included in the Old Testament to showcase God’s grace. Whereas neither deserved God’s benevolence due to their sinful nature, it was extended to them, much like the all encompassing grace offered up when Christ was crucified on the cross.

Another dark interwoven tale deals with Deborah and Jael. The former a judge and prophetess for Israel, and the latter a non-descript Israelite sympathizer who carries out a gruesome murder to protect God’s chosen people. Both Deborah and Jael went against the cultural norms of the day, yet their stories prove that God has no preference over male or female, when His actions need to be fulfilled.

Perhaps the most familiar women in the Bible is Mary the mother of Jesus, and Bream adds her own thoughts on Mary’s extraordinary journey. Imagine a young woman, in her teens emboldened by the Almighty to give birth to the Messiah. There must have been a lot of talk going on about her unexpected pregnancy. God in His infinite wisdom, chose a lowly, pure in spirit young maiden to deliver His son to the world.

Although Mary was chosen due to her righteous character, she was still human, and Bream offers up the heavy heartiness of all Mary faced carrying Jesus. On the flip side of the coin Bream points out Mary had a front row seat to the evolving ministry of Jesus, right up until He was crucified on the cross. Being both Jesus’ earthly mother, and understanding His God given purpose had to come with its own sacrifice.

Bream points out that Mary’s fellow travelling companion Mary Magdalene, who followed the apostles during Jesus’ ministry, was among the first evangelists in the newly formed Christian faith. She encountered Jesus just days after his earthly body was laid in the tomb. Just the sound of His voice resonated with Mary Magdalene. Her devotion to Jesus was so deep, that He called her by name, which further indicates how loved she was by the Savior, and how Jesus connects with people on a personal level.

There are several prominent women in the Bible, who were hand-picked by God clearly due to their sweet and humble spirit, however others had more checkered pasts, yet were called upon by God nonetheless. Bream’s book reminds readers that no one is perfect, consider Abraham lied about being married to Sarah, David was an adulterer who had Bathsheba’s husband essentially killed, and early on Paul had Christians ostracized, and put to death for professing in Christ.

From Genesis to Revelations countless men are lauded throughout the 66 books of the Bible. With the exception of Jesus all of the men presented came with baggage or had issues with God, yet He used them to further His will. Throughout Bream’s book it’s clear to see God placed specific women often with specific men, in specific communities, and in specific situations, so that His specific purpose would be accomplished.

Perhaps the underlying theme in Shannon Bream’s book is that a perfect God uses imperfect people (male and female) to be His ‘hands and feet’ here on Earth, with the ultimate purpose to bring people to a saving knowledge of Jesus Christ. By broadening their respective stories, Bream shows how each of the eight pairs of women overcame personal struggles and strengthened their faith.

‘The Women of the Bible Speak’ : The Wisdom of 16 Woman and Their Lessons For Today’ is a straightforward easy read, resembling more of a Sunday School study guide, with Bream providing thought provoking questions along the way. Whether you are a regular Bible reader or not, Bream’s book showcases the importance of women in God’s master plan, and offers words of encouragement for today’s women. An eye opening narrative for men as well.