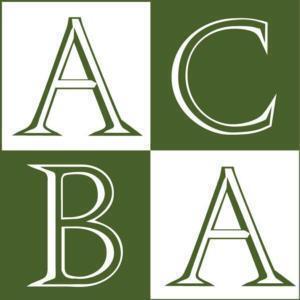 The American College of the Building Arts (ACBA) was founded in 2004 as a response to the near-extinction of highly skilled, educated artisans in the traditional building trades in America. Now students at Holland College in Canada will have the opportunity to study at ACBA to help meet a similar crisis in Canada.

The National Trust for Historic Preservation, in its 1968 Whitehill Report, warned of the near extinction of the traditional building trades during the post-World War II building boom, with its emphasis on pre-fabrication and mass-production automation. The report initially drew limited interest. For Charlestonians, however, its warnings became all too real when, in the aftermath of Hurricane Hugo in 1989, it was painfully obvious to the owners and stewards of Charleston’s historic buildings that America was not producing enough skilled artisans to meet the demand for high-quality repairs and restorations.

In response, a group of Charlestonians gathered to undertake the creation of what would become ACBA, the only college in America that integrates professional training in the traditional building arts with a liberal arts core curriculum, resulting in a four-year Bachelor of Applied Science degree. ACBA is accredited by the Accrediting Commission of Career Schools and Colleges.

Under the terms of the agreement, graduates of Holland’s one-year Heritage Retrofit program who have maintained the required grade point average will be eligible to enter the second (sophomore) year of ACBA’s degree program. Holland is located on Prince Edward Island in Canada.

Josh Silver, instructor for Holland’s Heritage Retrofit Carpentry program, said the agreement is the culmination of years of work. Located in the Centre for Applied Science and Technology on the Prince of Wales Campus, the Heritage Retrofit Carpentry program teaches students construction techniques that were used centuries ago and how to replicate them by combining traditional skills with the latest technology.

“All of our program content was vetted by the ACBA to ensure that it met their rigorous standards. This agreement provides an exceptional opportunity for our graduates to further studies in the conservation arts,” Silver said.

Currently Holland students work on historic properties across Prince Edward Island, preserving and restoring them to structural standards and energy efficiency without compromising their character or aesthetic. Heritage Retrofit Carpentry students restored the doors of St. Dunstan’s Basilica, windows in Charlottetown’s City Hall, and are working with Parks Canada on several projects, including the restoration of Province House.

Holland College’s Heritage Retrofit Carpentry program is the only program in the world to have been approved by ACBA for a degree pathway agreement.

Follow us
Related Topics:American College of Building ArtsCanadaHolland College
Up Next