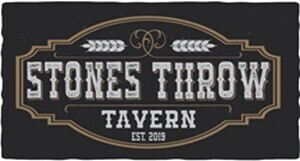 Many who work and/or live over in West Ashley, especially those off Glenn McConnell Parkway and around Bees Ferry Road, may be familiar with Stones Throw Tavern. An old school neighborhood food and drink establishment, Stones Throw Tavern is just weeks away from opening a second location inside Northwoods Mall in North Charleston.

Their newest site is in the former home of King Street Grille. With the success of the West Ashley location, Stones Throw decided the north area was prime for another location. The business will provide a menu with a bevy of adult beverages and a location with several big screen TVs.

Regarding the menu, you’ll find burgers, sandwiches, salads, wings, and a few signature handheld appetizers and entrees that go great with a cold beer, cocktails, or soft beverages.

Stones Throw Tavern will be a ‘stones throw’ away from neighborhoods in North Charleston, Hanahan, and Goose Creek. They expect to open in late March or early April. Their Facebook page says they will do brunch on the weekends from 10 am to 3 pm.

Their original location can be found at 3417 Shelby Ray Ct. off Mary Adler at McConnell Parkway. Visit their Facebook page at https://www.facebook.com/stonesthrowtavern/