Why are the Washington Capitals so disappointing this season? If you take a look at any hockey stats site, you will see that goals against per game feature the Capitals near the top at 3.77 per game, which is the second-highest in the league. Teams that play this poor defense are not going to be competing for a Stanley Cup championship anytime soon.

It paints a theme for the Capitals this season. After nursing a four-game losing streak last week, sports betting online oddsmakers lowered the Capitals’ chance of winning the Stanley Cup to +2300. While the data can always be misleading, we must understand that this is a weird season. Just like any weird year, there are outliers in the stats. 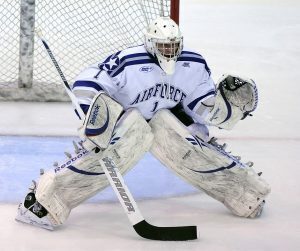 Looking deep into the data

For starters, the Capitals have played in just 13 games this year. The captain of the team has played just nine games, while their center has played only five. The schedule has featured postponements, cancellations, and health and safety protocols. The lack of consistency was going to take a toll eventually.

Even with all the commotion going on, the Capitals are 9-5-4 and are in second place behind the Boston Bruins in the East Division. As frustrating as the defense has been this season, it should be known that the Capitals are contending as one of the upper-tier teams in the league. This defensive issue won’t be an overnight fix but with the season being so young, there is hope for a turnaround.

Given the latest struggles from Washington, many have wondered if Peter Laviolette was the right coach. It’s too early to think about a transition or if the Capitals would have been better if Todd Reirden stayed. Either way, the team is not playing up to their full potential on defense, especially at goalkeeper, as well as losing faceoffs, losing possession, and not controlling the tempo of the game.

It’s possible that the Capitals could look to acquire a new goaltender. Vitek Vanecek owns 3.26 goals-against average and a .901 save percentage in 11 games. These are not terrible numbers for a rookie but in the grand scheme of things, these are average numbers. If not at goaltender, the team could look to get Alex Ovechkin’s help on the offensive end. Craig Anderson has played average hockey so far this season.

The team is going to have to figure their issues out quickly. The Capitals own two games with the New Jersey Devils, but also own games against the Boston Bruins, Pittsburgh Penguins, and Philadelphia Flyers on the schedule. The East Division is hands down the best division in all of hockey, with all but one team owning a .500 record or better. As the season progresses, teams are going to get into regular hockey shape. If the Capitals don’t solve their problems soon, making the playoffs could be in jeopardy.