ESTERO, Fla. – A miracle ending to regulation forced overtime, but the South Carolina Stingrays (9-8-6-2) came up short in a shootout for the second straight game as the Florida Everblades (21-5-0-1) secured a 6-5 win in extra time at Hertz Arena on Friday night. 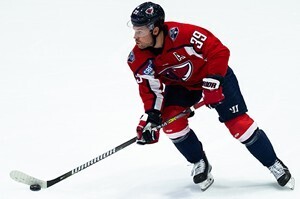 After surrendering an empty-net goal with under a minute to play, the Rays scored twice in the final 10 seconds of regulation to force overtime, capped off by a buzzer-beating deflection from forward Cole Ully to even the game at 5-5. Friday night’s contest marked the third straight multi-goal comeback in the third period for South Carolina, who has used a dramatic third period to force overtime in all three of those games.

Ully led the way for the Rays with four points in the game on two goals and two assists, while Matthew Weis netted a goal and an assist and Dan DeSalvo picked up two helpers.

Florida’s Marcus Vela gave his team a head start in the first period, scoring his first two goals of the season at 3:05 and 14:25 to give the Everblades a 2-0 lead that they carried into the first intermission.

But the Rays got on the board before the end of the middle frame, beginning their comeback when Brett Supinski banged home a rebound on the power play from Ully and DeSalvo at 16:03.

That set the stage for a 4-goal third period where South Carolina willed their way back into the game and secured a point in the standings. First, Ully scored off a centering feed by Novak just 43 seconds in to make it 4-2. Then at 12:17, defender Cole Fraser scored his first as a member of the Rays by blasting a shot past goaltender Devin Cooley to make it 4-3. Assists on the strike went to Weis and defender Connor Moore.

Desperate for an equalizer in the final minute, SC pulled goaltender Alex Dubeau in favor of an extra attacker. But Florida’s Levko Koper was able to score on an empty net at 19:09 to put the Everblades back in front by two at 5-3, seemingly sealing up a victory.

Seconds later, a penalty to Florida’s Arvin Atwal for high-sticking at 19:21 put the Rays on the man-advantage and South Carolina cut it back to a one-goal game with 8.4 seconds to play when Weis cashed in on a pass by DeSalvo in front of the net. Ully also collected a second assist on the strike.

Then on the ensuing faceoff, DeSalvo was able to work the puck into the Florida zone, and forward Justin Florek threw a last-second shot toward the goal which was redirected by Ully past Cooley and into the cage to tie up the game at 5-5 with less than a second remaining on the clock.

A scoreless overtime led the teams into a shootout where Florida’s Brad McClure was the only skater to score, giving the Everblades the victory.

Cooley stopped 34 shots prior to his three saves in the skill session to secure the victory for Florida, while Dubeau took the loss despite turning aside 29 shots. South Carolina scored twice on the man-advantage in the contest, finishing 2-for-6 on the power play while Florida ended at 1-for-5. The Rays also had the edge in shots-on-goal during the contest by a 39-35 margin.

The two teams will conclude their series in Estero at Hertz Arena on Saturday night at 7 p.m.