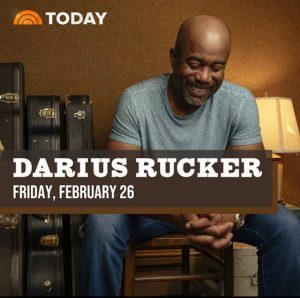 As previously announced, Country musician, lead singer of Hootie & the Blowfish, and Charleston native Darius Rucker appeared on the TODAY Show this morning.


The singer-songwriter went on the program to talk about and perform his single “Beers and Sunshine.” The song is currently No. 1 on Billboard’s Country Airplay chart.  It was No. 3 last week and has been on the charts for 29 weeks.

Rucker also talked about his friend Tiger Woods, who was recently in a bad car accident. You can watch the interview and performance videos below.