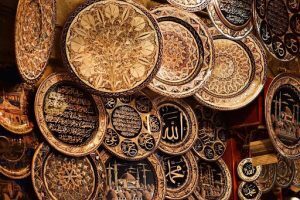 Photo by Rumman Amin on Unsplash

If you’re like most people, you probably sat eyes wide and open-mouthed watching pirate movies as a child, with their tales of sea battles and treasure hunts. It’s easy to think that these stories belong in fiction books, but some elements ring true in real life.

The United States’ colorful past often conjures up tales straight out of your favorite adventure book, including stories of hidden treasure. South Carolina has several sites rumored to contain historic loot: while they’re probably just that – wild rumors – it’s still tempting to imagine the riches buried beneath our feet. Here are some of the most intriguing SC ‘treasure spots’.

First off, let’s start with the most famous way of digging for gold – at a gold mine! South Carolina has a huge number of gold mines according to US-Mining.com, which makes it one of the most treasure-happy states in the country.

York County is the place you’re most likely to find one, but the biggest one is the Haile Gold Mine in Kershew. The site has a rich history, stretching back to 1827 when the first miner found the precious metal at the end of his pick – it’s now the largest site on the eastern seaboard, with forecasts of up to 175,000 oz of the stuff in 2020. That said, the Covid pandemic did put a stop to the work, but it’s expected to continue this year.

Yet even with this huge number of mines around: be warned. All but 10 of them are on private land, so you might want to consult local mining laws if you’re thinking of digging.

The ‘Ship of Gold’

When a hurricane sank the SS Central America off the coast of South Carolina in 1857, an economic panic ensued. The ship had thousands of pounds of gold onboard that were simply lost: people just didn’t have the means to retrieve it back then.

Fast forward 131 years later, and research scientist Tommy Thompson made an important discovery. He found the ship with rudimentary equipment and with millions of dollars of backing, retrieved the treasure from the ship, now known as the ‘ship of gold’, which he sold for a cool $52 million dollars.

Yet there was trouble on the horizon. The tax authorities get on his case regarding 500 ancient gold coins that remain unaccounted for. While we’re more likely to see such coins in slot games in the 21st century, Thompson’s present-day stash were a very real problem for him – he simply couldn’t remember where he put them.

After being jailed in 2015 for tax evasion, Thompson maintains to this day that he doesn’t know where the loot is – which means that a haul of 19th century gold remains at large somewhere….

We tend to love a good treasure story, and North Island has a great one.

In 1781, a group of King George III’s soldiers raided plantations along the coast and stole what they could, including tranches of gold and silver. Fearing capture by their enemies, they fled to Winyah Bay, where several rivers converge into an estuary that spills in the Atlantic Ocean. Just off the bay was North Island, a hostile outpost where they buried the loot with the plan to return for it later.

Unfortunately for the soldiers, they were killed in combat shortly after and never made it back to the island. Over the years, treasure hunters trekked to the island and excavated much of the treasure – but did they get it all? The question is something that intrigues the local population, and many visitors, to this day.

Regarded by some as the birthplace of the United States, Charlestown Landing is where colonizers made the first successful settlement way back in 1670. It’s been an excavation site for some time now and artefacts from Native Americans and African slaves, as well as some left behind by the English settlers, have been found at the site. Archaeologists continue to dig until this day.

While pure gold and silver haven’t been found so far, never say never. For those interested, there is a volunteer program where visitors can help out in excavations and archaeology expeditions. One of the most recent projects has been to hunt for clues of a palisade wall built by settlers all those years ago, so if you’re a history buff then this might be the job for you.

Murrell’s Inlet is said to take its name from the pirate Captain Jack Morrell, who used to lie in wait with his band of crooks for merchant ships to arrive. Once docked, the pirates would raid the boats, taking all the goods they could before fleeing.

The legend goes that much of this treasure is buried in and around Murrell’s Inlet today, although many of the sites are long forgotten. For anyone with a few hours to spare, and the right equipment, it could be worth having a dig around just in case!