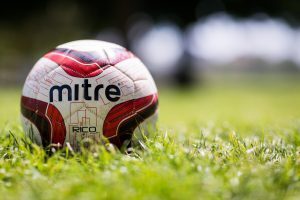 The Premier League is undoubtedly soccer’s premier division. With billions of viewers globally and revenue figures that compete with US NFL and MLB franchises, it’s hard to look past the league’s dominance.

Regarding Europe’s and soccer’s second competition, you don’t even have to look past the UK as the English Football League Championship rivals the likes of the Bundesliga, La Liga and Serie A for fans and money. The latter includes eye-watering sums for any team that manages to break into the holy land of the EPL.

With that in mind, which clubs are in contention for a dramatic pay bump and the chance to pit their squads against the best in the world?

The “Bees’” history is very interesting. After nearly collapsing in 2012, they were bailed out by a mysterious investor who turned out to be a professional gambler with a plan. Using a Moneyball-esque philosophy, Matthew Benham picked managers and signed players based on statistics.

It has taken a while to bear real fruit (they were beaten semi-finalists against a rampant Middlesbrough in 2015’s playoffs), but this season seems to show that the technique is working as Brentford are now on a three-game unbeaten run that has propelled them to second in the division. With only three losses on their record and an impressive 25 goal difference tally, the bookies have responded accordingly to the West-London side’s consistent season. The EFL Championship 2020/21 odds now rank the Bees at 10/11 to win the division outright, and they are 2/9 to gain promotion.

Considering they aren’t top of the pops, as the British would say, the betting companies clearly think they are the team to beat this season.

Norwich City are known as the “Canaries” due to their colorful green and yellow strips. And it’s not only their kit that has stood out this term as the East Anglian club have occupied the top spot in the EFL Championship since week 12. As a result, they are 4/11 to be promoted to the Premier League.

However, their current position begs a question – why aren’t they favorites for the title? At 2/1, the bookies evidently believe Brentford are in better form, and they are correct because Norwich City hasn’t won a game in their last four attempts. Lifeless displays against Middlesbrough and Millwall weren’t encouraging, and neither was a shock defeat to lowly Barnsley in the Football Association Cup.

It would take something special for Norwich to fail to make it to the playoffs considering they have a 10-point buffer between them and sixth-placed Bournemouth. However, they would much prefer to gain automatic promotion without having to go through the drama of the four-team knock-out tournament.

The Swans make up the top three at the moment, with only two points separating Swansea City in third and Norwich in first. So, you could say it’s incredibly close! However, the Welsh side has an ace up their sleeve – a game in hand over the top-ranked side.

If they were to win it, they would propel themselves to at least second in the league. They could even go first, depending on Brentford’s result. For this reason, they are 9/2 to win the Championship outright. More promisingly, the people in the know believe they are odds-on (10/11) to be promoted and it’s generally accepted that manager Steve Cooper is doing an excellent job.

All three of the teams on this list will hope that the bookmakers’ predictions ring true when all 46 games have been played. With $235 million at stake, there is a lot on the line.