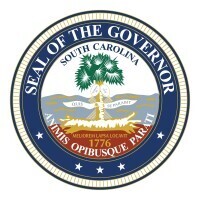 From the Governor’s Office:

Governor Henry McMaster on Monday issued Executive Order 2021-09, removing Amy V. Cofield from the office of Director of the State Accident Fund, effective immediately. In addition, the governor has formally requested the State Inspector General investigate the actions which precipitated Mrs. Cofield’s removal, including a recently executed procurement that was awarded to a company that employed her husband to perform the work for the agency.

“These procurement actions raise significant ethical and legal questions about the conduct of employees at the State Accident Fund,” Governor McMaster said. “In addition to removing the director immediately, I have requested that Inspector General Brian Lamkin conduct a thorough investigation to determine whether criminal violations of state law have occurred. This is key toward maintaining the public’s confidence in state government.”

Erin Farthing, the agency’s chief counsel, will serve as the agency’s acting director until such a time that the governor nominates someone to serve as a permanent director and they are confirmed by the South Carolina Senate.

Wallethub: Charleston Is 2021’s 28th Best Place to Get Married