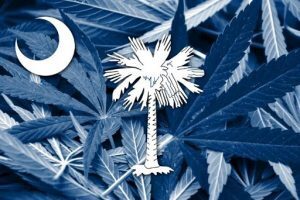 Cannabis remains controversial in the Christian South. In fact, while other regions in the U.S. steadily add to the number of states with legal recreational cannabis regulations, the South is only just dipping its toes in medical marijuana programs. South Carolina, like those conservative states surrounding it, upholds anti-cannabis laws from the mid-20th century, and despite increasing numbers of young, progressive professionals filling cities like Charleston, Columbia and Mount Pleasant, few are hopeful of a change to cannabis law any time soon.

At least, that’s what everyone thought at the beginning of 2020. A new year, 2021 brings a greater interest in increasing state tax revenues and improving the health and wellness of the population — which might mean some degree of cannabis legalization. So, when will South Carolina Legalize weed?

It Could Be This Year

South Carolina isn’t the only state in the South to prohibit cannabis consumption of any kind. Though North Carolina has decriminalized possession and Georgia on the state’s southern border has enjoyed a legal medical marijuana program since 2015, Alabama and Tennessee almost next door maintain the strict bans as the Palmetto State.

However, the broader American South is rapidly moving toward greater cannabis acceptance, especially along border states like Arkansas and Maryland. Medical dispensaries in Bethesda and other nearby cities have been open since 2016, and experts strongly suspect Virginia to pass recreational regulations this coming year.

It seems that South Carolina lawmakers have recognized that they are falling behind. In December 2020, Republicans state legislators prefiled legislation to legalize marijuana for medical use — and many said that the current lack of medical cannabis regulations in the state was “unacceptable.”

Called the South Carolina Compassionate Care Act, this legislation has been in the works in some form for roughly a decade. In 2021, the measure exists in two versions: one developed in the House and one in the Senate. Both allow patients with qualifying medical conditions to gain access to up to 2 ounces of cannabis every 14 days through a licensed dispensary system, and both forbid patients from growing their own weed at home.

However, the Senate’s version only permits the use of cannabis oils, edibles and topicals, which means smoking cannabis would remain illegal. Additionally, the Senate has a specific list of qualifying conditions, whereas the House would give doctors more freedom to recommend cannabis treatment to patients who would benefit. They also want to address Cannabis Product Labels.

Many cannabis advocates are frustrated that their state is only just considering medical marijuana, and even then that many restrictions are likely to remain in place. Still, this year is very likely to see one step toward cannabis acceptance in South Carolina.

It Could Be in Years to Come

Even as lawmakers are working to legalize medical cannabis for those who desperately need it, law enforcement is cracking down on cannabis sale, possession and consumption. Studies show that arrests for marijuana have been increasing across the state for years — even as arrest rates across the rest of the country have radically decreased. Likely, this is due to increasing numbers of cannabis users, especially among young South Carolinians or transplants from other states. Though consumption and social acceptance is increasing, the criminal cannabis code has not relaxed, and authorities continue to adhere to the law — and over the past several years, lawmakers have encouraged aggressive prosecution for drug-related crimes. 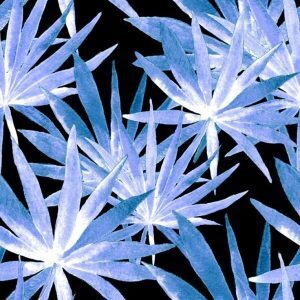 It is unclear if or when South Carolina will legalize recreational cannabis, but it is likely to be among the last states to do so. Though the ACLU and other cannabis activist organizations are working to rally support for recreational regulations across the state, the entrenched conservative culture seems to strongly resist such a swift swing toward progressive ideology. Though many lawmakers on both sides of the aisle understand the benefits of legal cannabis — in terms of conserving law enforcement effort for more violent crime and collecting tax revenues from dispensaries — no one has spoken of concrete plans to introduce adult-use legislation any time soon.

South Carolina is an old state, and as such, it doesn’t often change its laws quickly. Those South Carolinians strongly in favor of legalizing cannabis should contact their state representatives to let their opinions be known.