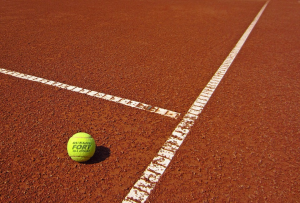 A new year brings a host of new sporting events for us to look forward to, even if we cannot get out and watch them.

2021 is the year of the Olympics, with exciting possibilities across the NBA, NHL and Grand Slam tennis. After the disruption of 2020, even a continuing pandemic will do little to dampen the enthusiasm for sporting achievement.

Part of the fun of sport is punditry, predicting who might do well, who will win tournaments and who will rise to the top of their chosen sport. With that in mind, we have had a go at predicting a handful of major sporting events that are happening in 2021, starting with a possible shock in the World Series.

Padres to win the World Series

The Padres have never won the World Series, but 2021 could well be their year as they begin to look incredibly strong indeed. General manager AJ Preller is making some bold decisions at Petco Park, and they just might deliver the biggest prize in baseball come the end of the season. The frontline trio of Blake Snell, Yu Darvish and Dinelson Lamet look to be amongst the very best in baseball right now, and when you throw in the best international free-agent acquisition of the offseason, Ha-seong Kim from the KBO’s Kiwoom Heroes, it seems like a great opportunity for the Padres to finally bring home the bacon.

The big-three domination of men’s tennis can only go on for so long, and this year is surely the one where another name makes a breakthrough. Daniil Medvedev and Stefanos Tsitsipas both have a great chance to put themselves forward in a Grand Slam tournament this year, but Alexander Zverev looks prime to beat them to the punch. In Bwin’s predictions for 2021, they explain how the towering German burst onto the scene in 2018, defeating both Roger Federer and Novak Djokovic to win the ATP Finals. He appeared in the final of the US Open in 2020, as well as the semi-final of the Australian Open, and a first tournament win is surely next on the list.

The realigned NHL divisions mean that a Canadian side will be amongst the four finalists in the Stanley Cup. The North division consists entirely of teams from Canada this season, so whoever qualifies from there will have a great chance to go on and win the Stanley Cup. The Maple Leafs have set the early pace and they look to be a good bet to carry that through the season. Not since the Canadiens in 1993 has the trophy travelled across the border, and it has been almost a decade since the Canucks were the last side to appear in the final flying the Canadian flag. This might just be the year those records come tumbling down.

Jones recently vacated the UFC Light Heavyweight title, and is currently 26-1 across his MMA career, with one no contest. After winning the vacant title after stopping Alexander Gustafsson, he successfully defended it three times before vacating it to step up in August. A bout with Francis Ngannou may come first, but he has got eyes on Stipe Miocic’s belt, which the Ohio native has held since August 2019. Jones is determined to take the gold and given how he is one of the best MMA fighters of all time already, he is sure to be a serious challenger for the biggest prize of them all.