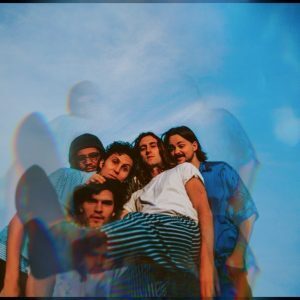 According to 9 to 5 Magazine, Proxima will be part of Little Bird’s latest compilation – a three-part, 23-track record. ALPHA, the first part of the series, will be released February 12th, 2021.

You can watch the “Mega Hot Super Babe” below. The video was directed by Dylan Dawkins of Persona La Ave and stars Little Bird alongside local tattoo artist Rachel Burnette.
–

Follow us
Related Topics:9 to 5 Magazinelittle bird
Up Next

From the Gym to the Stage: Local Trainer Lip Syncs and Dances to Raise Money for COVID-19