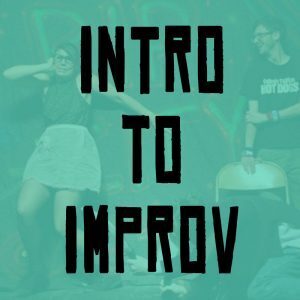 By: Friends of the website, Nameless Numberhead, a comedy duo consisting of Maari Suorsa and Henry Riggs

To say that it’s been a difficult year for the performing arts would not only be disgustingly obvious, it would also be a massive understatement.

“It’s been a weird time for extracurricular activities” Henry Riggs, who is part of the comedy team Nameless Numberhead, said. Riggs and fellow Numberhead Maari Suorsa are taking the challenges of the performance-less pandemic head on and are looking to the future.

“We had to shake things up and try a different approach.” Riggs said. “It’s been a weird time to be creative so we started a local-ish live stream show that gave people some sort of creative outlet and deadline.”

Now the couple is looking to harness that approach into a post-pandemic outlook.

“We love that the live stream show somehow gave us a sense of community in an extremely detached time,” Riggs said. “Artists inspiring other artists. The music scene in Charleston seems to have that vibe in the right spot and we want to build something like that for the comedy community.”

The duo plans to keep the wheels in motion by announcing some big plans for 2021. In March of this year they are teaming up with South of Broadway Theatre in Park Circle and will officially launch a brand new comedy education program called Charleston Comedy School. Riggs has been teaching improv at Theatre 99 since 2018 and has trained in Chicago institutions such as The Second City and iO Chicago. He and Maari have been touring sketch comedy since 2014. The two plan to combine forces to teach foundational elements of improv and sketch writing in hopes to expand their program into more comedy topics down the road.

In tandem with the Comedy School project, Riggs and Suorsa will also be hosting a series of shows at South of Broadway Theatre starting with a weekly showcase every Thursday at 8 pm. This weekly engagement will be a variation of a pre-pandemic showcase the duo used to host at South of Broadway called Chucktown Comedy Supreme. The goal is to host independent improv teams, sketch comedy groups, stand up comedians, and other fringe artists from Charleston and beyond. Shows will begin with limited tickets and socially distanced audiences on March 11th at 8 pm.  Tickets are $10 each and more info can be found at numberheadcomedy.com/shows

“We are dedicating ourselves to bringing more comedy to Charleston.” Suorsa said. “By programming more comedy nights in town and offering classes, we are actively trying to grow this city as a destination for Comedians. Henry and I have booked our own tours, we know that Charleston is a little out of the way, that’s why we are working to give performers a reason to make the trip. We are so lucky to be headquartered in Park Circle! I’m very excited to be able to be a part of someone’s dinner and a show night out.”

The comedy scene in Charleston, much like many other cities, experiences a natural ebb and flow. Once comedians start finding their voice and their rhythm, they move to a bigger city. It’s the natural path, because there’s no infrastructure or career opportunities here – yet. We believe that with the amazing foundation Theatre 99 has built in the community, putting Charleston on the map in terms of comedy festivals that feature big names, there’s so much room to grow. In the stand up community, Keith Dee has found a way to host more regional and national comics in town giving local stand ups an opportunity to cross paths with more working comics. With more opportunities for performers to learn and discover their own voices here in Charleston, the more likely we can build a destination for comedy. There is even more hope that with recent interest from Hollywood heavy hitters like Danny McBride, that there might be film and television infrastructure growing to provide those career opportunities that artists typically leave Charleston to pursue.

On top of it all, Park Circle is such an awesome spot for locals to escape our hotel covered city and have a nice night out on the town. We believe that comedy education and events at South of Broadway Theatre will be a great pairing.

“Our venue is delighted to offer an array of classes teaching all things comedic,” Mary Gould, Artistic Director of South of Broadway Theatre, said. “We had done a few evenings with Henry and Maari and were just getting ready to make them part of our regular programming when the pandemic hit. So, come on back up to trendy Park Circle and take in a comedy or improv show!”