Connect with us
By: Claudie Benjamin, Guest Writer

For the first time in its 150 year history, the U.S. Army Corps of Engineers, Charleston District Office recently designated an Honorary Commander. Charleston’s designee is Cady Nell Keener, an Asst. VP for Development at Charleston Southern University. The program is coordinated by Joint Base Charleston and Cady was selected from among other civilian applicants. The goal of the program is to bring distinguished civilians and military leaders in the Charleston area together to encourage the exchange of ideas and give civic-military counterparts an increased understanding of organizations’ missions. 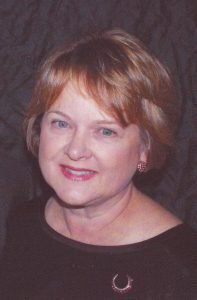 Army Corps spokeswoman, Glenn Jeffries (right), says a key goal for 2021 is to build a mutual understanding of what each organization does and how they can work together to create a win-win for the college in preparing their students for the future work environment.

“We are so thrilled to have Cady Nell Keener join our team,” said Honderd. “Ms. Keener brings a wealth of experience and unique skills to the district, and we look forward to working together to help build stronger partnerships across the region and generate greater awareness about our programs.”

What may surprise some community residents, says Glenn, is that the Charleston area Corps is mostly made up of civilians. Among 230 staff members across the state, only two are commissioned military officers.

Their major harbor deepening project, POST 45, began with a feasibility study in 2011 and was authorized for construction in December of 2016. It is now nearing completion with an end date of November 2022. The purpose of this hugely ambitious dredging project was to deepen Charleston Harbor, making docking of large cargo ships independent of the tides.

Soon, for the first time, “up to nine dredges could be working in the harbor at the same time,” Glenn said. Having worked for the Corps for 14 years, she truly appreciates the enormity of the project that will soon be reaching its end point. She explains, the most immediate value of completing this over a half billion dollar project is addressing transportation inefficiencies, making the products you buy at Walmart, for example, cheaper. The only other $600M infrastructure project she is aware of in the Lowcountry is one that can be seen for miles around and spans their similarly incredible project is the Ravenel Bridge ($632M). The Corps is just underwater.

The District has a unique and varied program that grows larger every year. The Civil Works, Regulatory, Military, and International and Interagency Support (IIS) programs serve a diverse group of customers that span not only South Carolina, but also the globe. They have an active role in Emergency Response, performing a wide range of public works and engineering related support missions.

Projects undertaken by the U.S. Army Corps of Engineers require approval and appropriation of funding by Congress. Community understanding of the formality of this process may help community members understand the complexities of getting jobs started and carrying them through to completion.

The District is excited that this year marks their 150th anniversary of serving the people of South Carolina. Since its founding in 1871,the District has been at the forefront of modern engineering. Their long history is untwined with the significant role Charleston Harbor has always had in U.S. history.

Among other planned 150th anniversary highlights, the District is celebrating Col. Quincy Gillmore, an American civil engineer, author, and a general in the Union Army.  As the first Commander of  the Army Corps’ first permanent office established in 1871, Gillmore was charged with removing sunken Civil War Vessels and building the jetties to funnel the flow of tides at Sullivan’s Island.

Many activities are planned for their six month celebration, some of which the public will be invited too. Please see their website, https://www.sac.usace.army.mil/150thAnniversary/, for more information. 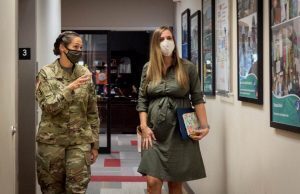