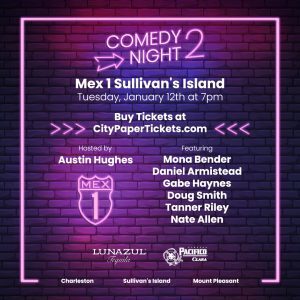 Here’s a bit more about the emcee and the featured comedians:

Tickets are $5 and can be purchased here.