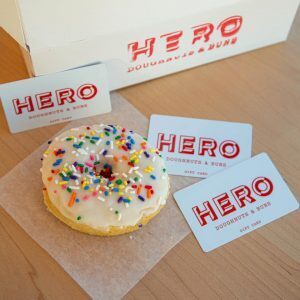 An Alabama-based doughnut and burger shop is coming to downtown Charleston. Hero Doughnuts & Buns, which founder Will Drake started as a pop-up business at farmer’s markets, is scheduled to open at 145 Calhoun Street (formerly home to Panera Bread) in the new year.

The Holy City location will be Hero’s third, joining the original eatery in Birmingham and the second in Atlanta. An official opening date has not been announced yet. 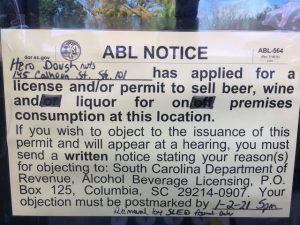 Notice on the door at 145 Calhoun Street (Credit: @QuintinOnCamera on Twitter)