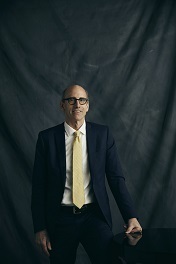 When four local attorneys formed Walker Gressette Freeman & Linton, LLC in 2016, they made two commitments – to provide the highest quality legal services to their clients and to support the Charleston community. This year the firm is following through again by making sizeable donations to two important Charleston non-profits — One80 Place and The International African American Museum.

“We chose One80 Place because this year because so many people lost their jobs and were forced out of their housing by the pandemic,” Trenholm Walker (right) said. “One80 Place has been the heart and conscience of our community in providing shelter and board to allow those in need to get back on their feet. There is nothing more important than making sure our displaced are taken care of and not ignored. It’s about safety and dignity for everyone. We support One80 Place’s ongoing efforts to care for the casualties of homelessness and provide them the opportunity to turn their lives around, as its name suggests.” The $10,000 donation will be used by the One80 Place staff to support its work with both individuals and families.

“As attorneys, we also want the public to know more about how the American justice system has so often helped, but in many ways also hindered, justice for African Americans and fostered racism with its lingering infection,” Walker said.

Walker hopes these donations will encourage others in the Charleston legal community to do the same.

“As we close this difficult year and look forward to a better 2021, we hope our colleagues will join us in supporting the many local efforts and organizations that are working so hard to make that better 2021 a reality,” he said.