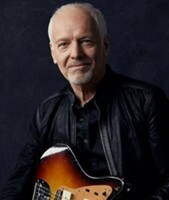 5 years into a storied career, singer songwriter, and musician Peter Frampton opens up about his rock n’ roll life in his current memoir, appropriately titled ‘Do You Feel Like I Do?’, an ode to his 1973 mega-hit. Frampton takes fans and curious readers on a journey that began during post World War II (1950) England right up through the time he announced he has Inclusion Body Myositis aka IBM, a rare muscle disorder, with the book ending on his farewell tour cut short by COVID 19.

‘Do You Feel’ co-written with Alan Light (music journalist) is a rare behind the scenes look at a man destined for stardom and musical greatness. In over 300 plus pages including rare personal photos, Frampton details how a 14 year old guitar virtuoso befriended a then 17 year old David Bowie, all the while being mentored by Rolling Stones bassist Bill Wyman, the very same musician who got the young lad laid, leading to Peter contracting crabs.  It’s  only  rock  n’  roll,  but  we  like  it!

Frampton’s bio reads like a who’s who from the 1960’s British Invasion, with a teenage Peter gaining favor and friendship with several future rock n’ roll gods. Performing in clubs and doing studio work while still in high school, by age 18 Frampton was a founding member of Humble Pie alongside fellow guitarist Steve Marriott of Small Faces. Before his solo career took off Frampton was a much sought after studio musician, kick starting his session work with George Harrison.

‘Do You Feel’ is ripe with bouts of depression, insecurity, divorce, alcohol and drug abuse. While Frampton avoided many of the trappings of fame and celebrity early on, by the time he peaked in the mid 1970’s his addictions began to emerge. Little did he know that those managing his finances were literally stealing him blind, leaving Frampton to plead for cash from his record label.

The book describes how his life began to spiral out of control when the roller coaster ride took off in 1976. Frampton has several regrets, among them becoming the teen idol poster boy for rock n’ roll, as well as starring with the Bee Gees in the 1978 film flop ‘Sgt. Pepper’s Lonely Heart Club Band’. He discovered fame has a short life span, and when you’re the cash cow, not everyone has your best interest in mind. 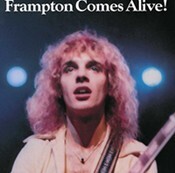 The tale of Frampton’s ’57 Les Paul custom guitar permeates throughout ‘Do You Feel’. The famed axe he received in 1970, and believed was gone forever in a 1980 plane crash that destroyed several of Peter’s collection, rose from the ashes. The very guitar that appears on the cover of ‘Frampton Comes Alive’, and became his go to instrument, found its way back to him after 31 long years, with Peter dubbing his lost love ‘Phenix’.

“Do You Feel’ is not a not a dark expose’, but the revelations are rather candid. Frampton opens up about being managed by the mob, and having Ringo Starr and Billy Preston (honorary Beatle) back him up. A respected musician Peter recalls the times Bowie and Pete Townsend (The Who) threw him lifelines to salvage Frampton’s career.

Perhaps in his twilight years, Frampton takes the ups and downs of his career in stride, holding out hope, even with as an illness progresses that may rob him of his first true love, playing guitar.

‘Do You Feel Like I Do?’ is painfully honest. Among the bright spots and triumphs in Peter’s journey are overcoming alcoholism, maintaining lifelong friendships, rediscovering songwriting, and more importantly connecting with his kids. Much like his cherished ‘Phenix’, Frampton’s life story is about resurrection, overcoming adversity, beating the odds, and finding balance in his life. Show Us The Way Peter!

Greg Gutfeld Offers Up Non Self-Help In ‘The Plus’