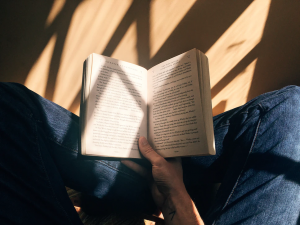 Before you purchase a product or use a particular service, you should check out what the professional reviewers have to say about it. For example, the best online bingo sites UK reviews could tell you about top platforms for playing this fantastic game. You could apply the same approach before reading a book.

If you are thinking about reading South of Broad, the critical thing to mention is that it takes place in Charleston. But is that enough to say it’s the best book set in our wonderful city? Here is what you should know about the title before you decide to read it!

The Elements of Travelogue and Mentioning Charleston

I always have a special feeling when reading a book even remotely related to Charleston. Pat Conroy is the author who wrote South of Broad. It doesn’t come as a surprise that he picked this wonderful city as a setting for his book because he comes from the South, too.

That’s why one way of observing this book is as a mixture of travelogue and melodrama. The main protagonist is Leopold Bloom King. He doesn’t hesitate to talk about his hometown and mentions that “Charleston has a delicate porcelain beauty.” It’s impressive to read how he says that his soul is river-swollen, sun-hardened, and shaped like a peninsula. All those who share that special connection to Charleston understand that perfectly.

Leopold is in his late teenage years. While you can’t neglect that he’s a good guy, there are records of spending time in a mental wart and getting arrested in a felony drug bust to claim otherwise. It’s vital to mention that Conroy decided to choose 1969 as the era for this book. Those were a turmoil several years for the United States, and all that affected Leopold, too.

His early childhood had a terrible event that no kid should witness. Leopold found his older brother dead after committing suicide. As expected, that affected the whole family – Leo’s mother left, and the father was unable to fill the void.

The author loves James Joyce, and the book Ulysses served as inspiration for the main character’s name. Conroy didn’t stop there but also used Joyce’s way of placing plenty of critical events in a single day. That’s how we see Leo meeting other kids who’ve tried drugs, learning a secret about his family, and even meet new and seductive neighbours.

South of Broad had huge success ever since it appeared in 2009. According to the publisher, the impressive results led them to print thousands of more copies. This is a book that you should definitely read. It doesn’t only take place in Charleston, but it also talks about the city at some points.

The compelling story, however, is the primary reason why you should give this title a shot. You could say Leopold is a kid that dreamt about a perfect life, but everything fell apart sooner than he even had a shot at it. Pat Conroy demonstrated his literary talents again, and this is a must-read for all emotional drama fans.

All the Sun Signs and Interesting Facts About Them.

7 Good Reasons Why You Should Try A Dating Site