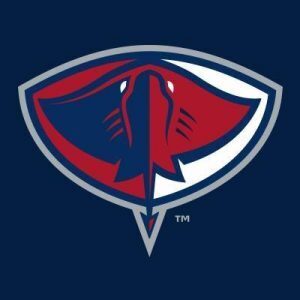 The Hershey Bears, the American Hockey League (AHL) affiliate of the South Carolina Stingrays, have reassigned six players to SC who will join the team’s training camp roster. The following players will report to the Stingrays: goaltender Hunter Shepard, forwards Caleb Herbert and Mason Morelli, as well as defensemen Macoy Erkamps, Will Graber and Tyler Nanne.

Herbert, 28, returned to the organization this season after spending pats of three years with Hershey and South Carolina from 2014-16. With the Rays, Herbert had 28 points (19 goals, nine assists) in 42 games during the 2014-15 season before adding 14 points (three goals, 11 assists) in 27 playoff games while on a run to the Kelly Cup Finals.

A native of Bloomington, Minn., Herbert has played 113 career AHL games with Hershey, Texas, San Jose, Hartford, Utica and Colorado, scoring 28 points (13 goals, 15 assists). The 6-foot, 200-pound forward also has vast experience in the ECHL. He was named to the ECHL All-Star Game in 2019 as a member of the Utah Grizzlies and completed the 2018-19 campaign by posting the best season of his professional career, finishing fourth in the league in both goals (32) and points (71), earning All-ECHL First Team honors. Herbert has 173 points (89 goals, 84 assists) in 168 career ECHL games with South Carolina, Idaho, Greenville, and Utah.

Most recently, Herbert spent the 2019-20 season with Innsbruck HC in Austria and led the club with 43 points on 16 goals and 27 assists in 48 games. The former University of Minnesota-Duluth standout was selected by the Washington Capitals in the 5th round of the 2010 NHL Draft.

Shepard, 24, is beginning his first professional season after a prolific college career, also at Minnesota-Duluth, along with current Stingray forward Jade Miller. The Grand Rapids, Minn. native guided the Bulldogs to back-to-back NCAA National Championships in 2018 and 2019, and the netminder started an NCAA-record 115 straight games from Oct. 21, 2017 to Mar. 7, 2020. The 6-foot-1, 210-pound goaltender served as a co-captain at UMD during 2019-20, playing in 34 games, going 22-10-2 with a 2.18 goals-against average, a .918 save percentage, and two shutouts. For the second straight year, he was named the National Collegiate Hockey Conference (NCHC) Goaltender of the Year and earned Second-Team All-American honors after landing First-Team All-American honors the year prior.

Shepard was dominant in the NCAA Tournament in his collegiate career, going 8-0 with a 0.97 goals against average and a .953 save percentage. He recorded a shutout in UMD’s 2019 title win over UMass, stopping all 18 shots he faced. The netminder finished his NCAA career with a 76-37-5 record in 119 games, ranking first all-time in UMD history in wins, goals against average (1.94), save percentage (.922), and shutouts (17). He was a three-time Mike Richter Award Finalist and a three-time All-NCHC selection in his illustrious NCAA tenure.

A native of Minot, N.D., Morelli has 12 points (seven goals, five assists) in 40 career AHL games, all with the Heat under former Stingrays head coach Cail MacLean. Prior to turning pro, the attacker played four seasons at the University of Nebraska-Omaha. He had a breakout senior year in 2018-19, serving as captain of the Mavericks and scoring 34 points (19 goals, 15 assists) in 36 games. In 120 career NCAA games, Morelli notched 77 points (37 goals, 40 assists) to go along with 111 penalty minutes.

Erkamps, 25, has spent the past two seasons with the AHL’s Wilkes-Barre/Scranton Penguins. In the shortened 2019-20 campaign, 6-foot, 196-pound defender skated in 36 AHL games as well as three contests with the ECHL’s Wheeling Nailers. The Richmond, British Columbia native has appeared in 117 career AHL games with Binghamton, Belleville, and Wilkes-Barre/Scranton, collecting 14 points (one goal, 13 assists).

Additionally, Erkamps has scored 32 points (seven goals, 25 assists) in 84 career ECHL games with Wichita, Brampton, and Wheeling. Prior to turning pro, Erkamps was the captain of the Brandon Wheat Kings of the Western Hockey League, leading the club to a championship in 2016.

Graber, 24, is also starting his first pro season after completing a 4-year run at Dartmouth College. In his senior season during 2019-20, the Broomfield, Colo. native finished second on the team in points (27) and goals (11), while ranking third in assists (16). A versatile player, Graber played both forward and defense for the Big Green and tied for the team lead in game-winning goals (3), while also ranking third on the club in blocked shots with 44.

Over his four seasons at Dartmouth, Graber had 97 points (35 goals, 65 assists) in 123 games. The 6-foot-5, 190-pound skater was selected to the 2017-18 All-Ivy League Second Team after a 26-point campaign that year. He collected 25 or more points for the Big Green in three consecutive seasons.

Nanne, 24, begins his pro career this year after three seasons at the University of Minnesota where he served as the captain of the Gophers in 2019-20 as a senior. This past season, the native of Edina, Minn. posted career-bests with 14 points (four goals, 10 assists) in 35 games. He led the club with 68 blocked shots while earning a +7 rating and was named the recipient of Minnesota’s Elwin “Doc” Romnes Leadership & Sportsmanship Award. In three collegiate seasons, Nanne played in 110 games, tallying 37 points (13 goals, 24 assists).

Originally selected in the 5th round of the 2014 NHL Draft by the New York Rangers, the 5-foot-11, 185-pound defender was the first third-generation Gopher in program history. Tyler’s father, Marty, played for the Gophers, and his grandfather, Lou, is a former Gopher All-American, as well as a former player, coach, and general manager of the Minnesota North Stars.

The Stingrays Training Camp roster is subject to change. Additional players on National Hockey League (NHL) or American Hockey League (AHL) contracts for the 2020-21 season can be added to the roster at a later date.

The Stingrays will open the 2020-21 season on December 11 against the Greenville Swamp Rabbits at the North Charleston Coliseum at 7:05 pm.