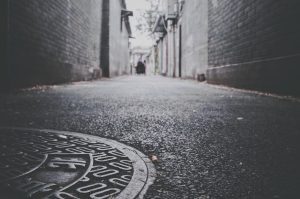 Residents living near a pond in West Ashley were holding their noses recently when it filled with an overflow of raw sewage. The original cause of the flooding was the failure of a joint in a sewer pipe that repair crews managed to identify once the pipe’s flow was shut off.  With more than 800 miles of sewers traveling from homes and businesses in Charleston to the Wastewater Treatment Plant at Plum Island, keeping the lines in good repair and free from debris is a never-ending task. It’s only when sewage backup occurs above ground, that the constant work to maintain pipes underground is really appreciated. This year, as well as emergency work, upgrades to water drainage and sewer systems were among 30 renovation projects completed in local schools. And divers from Charleston Water System have the thankless task of regularly removing large fatbergs – blockages that are increasingly found throughout the region’s drainage infrastructure.
Inspecting And Repairing Pipework
Whether they are carrying out regular inspections of pipework or dealing with an  emergency repair, sewer workers are often required to operate in unpleasant conditions, deep underground and sometimes in total darkness. In these circumstances, a remote-controlled sewer camera can offer a detailed view of internal pipework from a distance, allowing crews to quickly and easily identify potential problems such as breaks or blockages. Although the cause of the recent overspill in West Ashley was traced back to a burst pipe, the area is often deluged with sewage after heavy rain. To deal with this ongoing issue, city engineers have been undertaking camera work to look for obvious fixes such as removing blockages or inserting replacement pipes. It is hoped that these short-term repairs will be enough to contain future problems with overflow until more extensive flood limitations measures can be introduced.
Keeping Sewers Clear Of Blockages
Another factor contributing to problems with flooding on this sewer system is the build up of ‘flushable wipes’, often bound together with grease poured down household and business drains. Known as fatbergs, these masses are becoming increasingly common in sewer systems around the world. Two years ago, the Charleston Water System sent down a team of divers to remove several masses of wipes and fat from the sewers. Since then, crews are on constant alert for blockages. This year, officials from the utility have repeated the plea for local residents to avoid flushing items such as wipes and disposing of fat down drains. The wipes clump together and can quickly cause serious problems, not only in domestic pipework, but throughout the whole of the Charleston drainage infrastructure.
With a vast network of sewer pipes to maintain, keeping up to date with regular inspections, maintenance and upgrades is vital. Local crews deal promptly and efficiently with emergency repairs and removals of obstruction, and finding a solution to localized sewer spills is a priority. Residents and businesses are also asked to do their bit to keep Charleston’s water system flowing smoothly without unnecessary blockages.

How to Tell Your Guests You’ve Changed Your Wedding Date