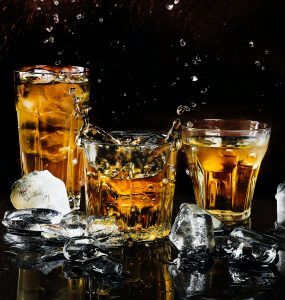 You may be a beginner or a casual drinker who wants to know how to pick the right whiskey. It can be a hard task if you do not have a clue where to start. However, this article makes things easier for you since you will get the top four tips that will help you pick the right whiskey for you.

Product reviews are one of the best ways of finding out what best suits your needs. Knowing what whiskey is right for you without trying several of them is to read some whiskey reviews online. You will find insightful information that will help you pick the right whiskey for you.

The reviews are mostly by professional whiskey tasters; as such, you know, you will get honest opinions. Even if the writers are not tasters, they research and bring you experts’ information to ensure readers get genuine suggestions on different whiskeys.

Whiskey gets better with age, and it is one tip to pay attention to when you go out shopping. A good whiskey will have stayed in the barrel for at least three years giving it its natural and deep flavor. As the whiskey stays in the barrel, it will evaporate, making it obtain a rich flavor.

The whiskey aged in barrels, which contribute to its taste; for instance, the European oak will have hints of spices like nutmeg, cinnamon and wood, sherry, and dried fruits.

The Japanese oak will produce a hint of honey, vanilla, fresh fruits, and spices such as olives and nutmeg. To improve and add more taste to whiskey, producers season the barrels with bourbon or sherry before putting whiskey into them. Some even char the barrels, which helps to purify and give the whiskey a smoky and darker flavor.

Whiskey varies in color, taste, and aroma depending on the distillation process and the grain used to make it. Not every whiskey is like the other; thus, you have to know what type suits you best. For instance, the Scotch whisky from Scotland is made in a copper pot using malted barley mixed with other grains. It has to stay in a barrel for at least three years to mature.

Every whiskey has a place it originates from, which determines how the final product will taste. You need to know the region where individual whiskies originate from because you will be able to choose the one you enjoy the most. The Scotch whisky, for instance, stems from Scotland, and it differs in the regions it comes from.

The Highlands produce full-bodied whiskies with a spicy and deep smoky flavor. The lowlands have light-bodied whiskey that is malty and gentler than that from the highland region. The Speyside region produces softer, mellow, and fruity whiskeys, while the Campbelltown ones are of a medium body, salty, and peaty.