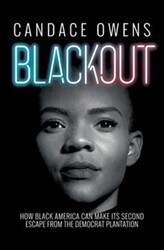 In her most recent book, political activist and social media icon Candace Owens takes a hard look, at the unfavorable bond between African Americans and the democratic party. In ‘Blackout’ subtitled ‘How Black America Can Make Its Second Escape From The Democrat Plantation’, Owens recounts more than 150 years of history, using historical fact to back up her claim that democrats have held the black community hostage, in their attempts to bring about racial equality.

Just 31 years of age, Owens offers up an eye-opening 284 pages chronicling in-depth details how the democrat party, while pretending to advance black America, have used their agendas to make blacks dependent on the government. In ‘Blackout’ Owens strives to educate readers on all the ill attempts democratic leaders have tried to sugar coat black freedom, while all along keeping them shackled to the party.

While not entirely negative, ‘Blackout’ traces black history back to the days of Lincoln, and the emancipation the 16th president help bring about. Moving forward, Owens recalls the years from the 1860’s to the 1960’s where prominent democrats tried to undue all Lincoln and fellow republicans offered black Americans.

Owens calls out many noted democrat presidents who were known racists in secret, only using their power and position to appease blacks. Modern day black activists are also called out, with Owens describing their crusading efforts as self-serving, and a way to fuel the fires of hatred. Nothing is off limits in Owens stark and candid portrayal of the democratic party’s carefully maneuvered plan, to hold blacks down through various social programs.

Owens blames the party, the mainstream media, and her fellow black citizens for continuing to fall for the charade. She notes that as long as everything is free to the black community, they will never become independent. If you are afforded all the minimum necessities in life while never actually achieving them, then you will never understand the feeling of true accomplishment.

‘Blackout’ is raw and honest. Owens is perhaps one of the brightest young black American women to emerge during the ‘Millennial age’. She is not afraid to break the mold, and speak out in defense of her beliefs. Owens does her best not to demean or belittle the current black community, rather in her book she offers up known truths, and an opposing viewpoints, in hopes her message will resonate with
her contemporaries.

Her willingness to re-hash the truth, and to call out prominent African American figures of today is refreshing. All is fair game in ‘Blackout’ as Owens revisits the emergence of the democrat fueled Ku Klux Klan (KKK), and Jim Crow laws that enforced racial segregation, primarily in southern states.

‘Blackout’ may come across as eye-opening or groundbreaking, however Owens is not presenting anything new, except the obvious. As a young black women in a racially charged society, Owens goes against the trend. She denounces the real motives behind of the Black Lives Matter movement, using actual statistics to call out the outrage from her own race, for not being more concerned about the number of blacks who kill blacks every year, often in democrat run cities like Chicago.

A few positives are mentioned in ‘Blackout’, most notably the first few decades of the 20th century, when black owned businesses were striving, before the great depression and FDR’s plans all but an end to the strides blacks had made. Although Owens gives credit to many of the authors of freedom acts, and the legitimacy and intent of the initiatives, she’s quick to note, many of the social programs meant to advance black Americans, did just the opposite, making them welfare dependent on the government.

Candace Owens doesn’t see her message as the right versus the left, rather she sees it as right versus wrong, whereas history’s proven the democrat party has done everything in their power to keep African Americans at bay. All the hot topics are touched on in ‘Blackout’, including education and politics, as well as the three ‘F’s’, aka faith, freedom, and family. The references and the notes alone in the back section of ‘Blackout’ tell Owens researched the material for her book. 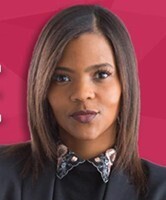 There are many young black Americans who align with Candace Owens positions, but few are as outspoken, and in ‘Blackout – How Black America Can Make Its Second Escape From The Democrat Plantation’, she does not whitewash the truth. While she may not have been subject to as harsh of racism, as some of those who come before her, Owens has walked in their shoes, and through education has learned to take the higher road, becoming the new face of black conservatism.

To learn more about this outspoken young pioneer visit her website at https://candaceowens.com/
and her Youtube channel https://www.youtube.com/channel/UCL0u5uz7KZ9q-pe-VC8TY-w