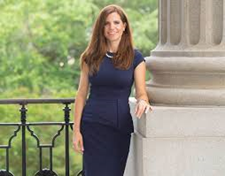 For more than a quarter century Nancy Mace has been fighting tough battles, and often blazing trails. While she was not the first to take on the all male Citadel institution, she did become the first woman to graduate (1999) South Carolina’s military college. Mace would continue her education earning a master’s degree from the Henry W. Grady College of Journalism and Mass Communication at the University of Georgia.

As the 21st century was unfolding Mace authored a book about her time at the Citadel appropriately title, ‘In the Company of Men: A Woman at The Citadel’. In 2008 she opened her own consulting business. However by the second decade of the 21st century Mace’s interests turned towards politics. She was unsuccessful in her attempt to secure the bid for United States Senate in 2014, but her high profile helped Mace campaign for then presidential hopeful Donald Trump in 2016.

Riding the red wave Mace was able to secure South Carolina State House District 99 in a special election in 2017, thus beginning her political career, which was further solidified on Nov 3rd 2020, when she took back the US Congressional seat that Joe Cunningham won in 2018. She will take on Washington DC beginning January 4th, 2021.

Her life has been on fast forward since Super Tuesday. “It’s been a whirlwind since I was declared the winner. I received over a 1000 texts in the first few days, and haven’t even had time to address all the emails and calls I’ve been getting. But it’s a good feeling. I owe a debt of gratitude to all those who voted for me, and I’m ready to go to work on their behalf.”

Prepping herself for Washington just adds another in a long list of tasks for Mace in 2020. “The last six or eight months have been non-stop. It’s been both exhilarating and exhausting at the same time. I’ve been running a campaign, doing my best to fulfill my seat as a South Carolina state representative, and then I got COVID. On top of all that I was home schooling my kids. So now to have the honor of serving my district in Washington is very humbling.”

Mace agrees there is entirely way too much money spent on elections at every level. “I heard some $240 million was spent combined on the senate race here in South Carolina. There was another $100 million spent on trying to remove Mitch McConnell. These are obscene amounts of money, but that has become the norm in politics. So sad, because just think what could be done for the economy if that money was re-directed somewhere else.” A combined $12 million was spent between the Mace and Cunningham race.

Although Mace has been pursuing political offices for less than a decade, her own career just kick started in 2017, and now in 2020 she is set to become the first woman to hold the congressional seat from the 1st District of SC. All the nonsense and broken promises are what lead Mace, to originally dip her toe in the political pool.

“Initially why I threw my hat in the ring, I just got fed up with what I saw. I got tired of all the BS. People getting elected and not doing what they said they would do. I got elected to do something, and I’m going to DC to do that job, because the people who voted for me expect nothing less. I don’t want to end up one of those politicians caught up in the system. I’m not going to DC to play games.”

Mace adds some of her savviness has helped her achieve political goals here in South Carolina. “I’m a fiscal conservative, but I learned to be non-partisan, and reach across the aisle for issues that concerns all South Carolinians. I’m proud of my prison reform bill, that gained support from both sides.” The bill that among other things stopped pregnant woman from being shackled in prison, was signed into law by Governor McMaster back in May of this year.

She plans to take the same passion and work ethic with her to Washington. Her top three issues are among the most important to residents in South Carolina. “Parris Island is first on my list. I want to keep it funded, and keep it open. Jobs and the economy are a close second. I want to do all I can to support small business, whether it be funding, or PPE. Whatever it takes.”

She adds, “Of course healthcare is a big issue. Obamacare may be overturned, not sure what’s going to happen there, but healthcare needs to be addressed. If I can add a fourth and fifth issue to my list, it would be replacing or repairing a lot of infrastructure in SC. And my fifth concern would be conservation. Mark Sanford was a champion for conservation, and I want to continue that. Protecting South Carolina is important to many who live here, and to me as well.”

Mace agrees America has become overly polarized. “Oh for sure. But I think we have pocketed fringes on both sides, but it’s definitely more chaotic on the left. I agree Americans have the right to protest, but there is never any reason for violence, or the burning or looting of businesses. That should never be tolerated.” Prior to the election she was targeted. “I had my car vandalized.”

To begin healing and bringing both sides together, Mace believes it starts with her and her contemporaries. “Elected leaders should set the example. It’s sad we can’t agree to disagree on issues without violence or losing friendships. It’s sad we can’t talk about politics in church, at work, or in our community without being ostracized.”

A dark time during her teenage years led Mace to drop out of high school for a short period, although she would rebound taking classes at Trident Technical College which helped secure credits for the Citadel, the same military college her father attended. Mace has no regrets on the way her life’s path came about, and says her parents were role models for her.

“My dad was in the military, and my mom was a school teacher. I learned the value of hard work from them. When you fall down, you get right back up. America is a land of second chances, so I tell everyone don’t let bad situations define you. If you have a dream or a specific goal, pursue it.”

Aside from her parents and inner circle, Mace’s own role models are a larger than life former president, and one of South Carolina’s favorite sons. “I’m a big fan of Ronald Reagan. I love to watch his old speeches. He was a great American president, and a great orator. I’m also a big fan of Tim Scott. His story is very inspiring, and Tim is real. South Carolina can be very proud of Senator Tim Scott.”

Mace admits she is friendly with Scott and his counterpart Lindsey Graham. “Both have been there for me. They are generally very helpful, and have been supportive of my campaign. Tim and Lindsey really care about South Carolina. I’m proud to serve along with them.”

Having been born in North Carolina at Fort Bragg, Mace has been living in the low country since middle school. What is it about Charleston that she loves so much. “That list is long. What’s not to love. I love the smell of pluff mud. I love the food, the beach, the weather, the history of Charleston, and more importantly I love the people here.”

Mace adds, “I grew up here. Charleston has been my home since I was 11. My first job was the Waffle House on College Park. I know the community, and hopefully they know me. What you see with me is what you get. Everything in my life I’ve had to work for, and I’m okay with that. That’s part of the American dream.”

With all the uncertainty surrounding who has won the presidency, Mace has mixed emotions. “Obviously I’m a Trump supporter. I campaigned for him back in 2016, and again this year. I would like to see him stay in office.” No matter who occupies the White House, Mace says we must work together. “It’s the only way we can move forward.”

Should Biden take the oath in January 2021 Mace is prepared. “Republicans won a majority of seats, and have a stronghold in the senate, so the system of checks and balances will remain in place. But one of the things I’m going to demand when I come to Washington is that we work together. We need to find more middle ground, and set an example for the people who elected us to office. My hope is that we have more in common than we don’t, and we can begin to act more civil in this country.”

Mace will no doubt find time to answer texts, emails, and return calls, but she doesn’t see her life slowing down anytime soon. “I pledged to work for the people of South Carolina, and that’s exactly what I plan to do. I will give them 100 percent of my time. I don’t seeing getting any rest until I’m dead.” With so much she plans to accomplish, let’s hope Nancy Mace who turns 43 on December 4th lives a long, and productive life, both inside and outside politics.