The severity of the signs and symptoms of cerebral palsy may vary from very mild like slight changes in a person’s gait or muscle tone to extremely severe like limited motor control or total paralysis. But some of the symptoms might go undetected by the untrained eye for years. So, can you have cerebral palsy and not even know it?

When Is Cerebral Palsy Diagnosed?

In severe cases, the condition can be detected by a healthcare professional as the changes in muscle tone and movements are obvious. In mild cases, cerebral palsy can go undetected until the 3- to 5-year mark when the child clearly fails to reach some developmental issues. For instance, you may not be too alarmed by the fact that a one year old cannot walk, but after age 2, alarm bells start ringing.

In addition, even though cerebral palsy is a non-progressive disorder, which means that it doesn’t get worse with age, its signs and symptoms may start making an appearance at different ages depending on the patient.

While not all developmental delays are a telltale sign of cerebral palsy, parents and caregivers need to report any anomalies to a certified health professional. Parents usually realize that something is wrong when their child fails to hit child milestones, like walking, speaking, or moving objects from hand to hand.

That’s why, in their first couple of years, children need careful monitoring.

The Importance of an Early Diagnosis

The major downside of a late diagnosis in cerebral palsy survivors is the many missed opportunities for early treatment and intervention which can have lifelong consequences. In some cases, if physical therapy or medication are given immediately after an early diagnosis, the signs and symptoms of cerebral palsy can be greatly improved, and the child’s life prospects considerably enhanced.

An early diagnosis is also critical because it can spare parents and caregivers a lot of frustration caused by caring for a child living with a disability they are not even aware of. Plus, if the diagnosis is not timely, parents might lose the opportunity of seeking legal damages from the ones responsible for the condition in a medical malpractice case.

One may wonder whether cerebral palsy can fly under the radar well into adulthood. The short answer is no. All cerebral palsy patients, regardless of how mild the condition might be, experience issues with posture and movement.

If you have CP, you might walk awkwardly, struggle with stiff muscles, or have other recurring issues with muscle control. Difficulty speaking, mild sensory impairments, weird posture, poor coordination, and clumsiness are usually symptoms that eventually lead to a diagnosis even in young, school-age children. So, outgrowing these symptoms without treatment or living with them into adulthood without a diagnosis is highly unlikely.

On top of that, even if you have mild signs and symptoms of cerebral palsy, the symptoms are virtually the same as those of the more severe forms of the disorder. That’s why, many caregivers dismiss them, hoping the CP patient would outgrow them. Yet, when major developmental milestones are missed, a diagnosis is likely to follow.

You cannot live with cerebral palsy and not even know it because most cases ate diagnosed in early childhood. However, if a medical care provider was behind the brain injury that caused the condition or missed to diagnose your child, you can pursue legal action to get the right compensation for your child’s injuries, pain , and suffering.

Nevertheless, a missed cerebral palsy diagnosis might support a birth injury case only if it is done in a timely manner. Talk to a personal injury attorney to learn what your options are as soon as you are handed the diagnosis (more details in the link above). 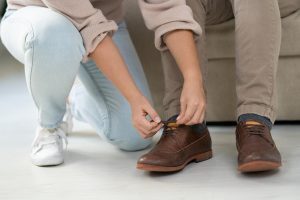