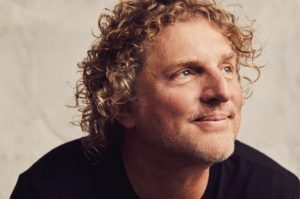 Hootie & The Blowfish lead guitarist, and Charleston resident, Mark Bryan will release his fourth solo album, Midlife Priceless, on April 2nd, 2021. The record’s first single, which you can listen to below, is called “Wanna Feel Something.”

Bryan is one of the founding members of Hootie & the Blowfish, the multi-platinum selling, two-time Grammy-winning band that formed at the University of South Carolina in 1986. His last solo record, Songs of the Fortnight, came out in 2016.

The musician also founded Carolina Studios in 2001. The local nonprofit offers an after school music recording and technology program that helps children (ages 8–18) thrive in music and the arts.

You can stay up-to-date on Bryan’s album news on www.markbryanmusic.com.
–