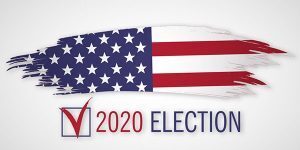 Election Day is coming up, but finding information can be daunting, so Holy City Sinner created this resource, which will hopefully provide some assistance.


Everyone in this state will be voting for President and Vice President of the United States, and one of the South Carolina Senate seats. After that, your ballot will vary based on which district you live in. To see who is on your ballot, click here.

You can check your registration, find your polling place, and get more information here.

You can learn more about the candidates listed below by visiting their campaign websites and social media channels, watching the interviews they’ve done with Quintin Washington (if they’ve done one, it will be listed under their name as “Interview”), reading their responses to the City Paper’s election survey (listed under the candidates as “Survey”), and, of course, you can always Google them.

Reminder, if you live outside of Charleston County, you can find more information about your county candidates here.

The Top 5 Hotels to Stay out in Charleston