UPDATE: 11/2/20 – Due to the significant increase in coronavirus cases and out of an abundance of caution,  Sister Hazel has decided to postpone these shows until next spring. The band doesn’t have confirmed dates yet, but will announce them as soon as they do.
“The safety of our fans, band, and crew is of the utmost importance to us, and we feel that this is the safest course of action.” Sister Hazel said. “All tickets will be refunded and we will let everyone know when the new dates are confirmed.”
-Original Post Below- 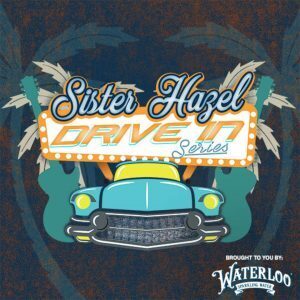 Platinum-selling band Sister Hazel have announced that a local tour stop has been added to their first ever drive-in series of concerts. The socially-distanced show will be held at the Charleston Area Convention Center in North Charleston on November 14th.
The band will perform chart-topping fan favorites as well as new music from Elements, which was released earlier this year. Car placement will begin at 6 pm and the show starts at 7:30 pm.
With tickets sold per four person vehicle, fans can purchase limited VIP for $169 utilizing the first several rows, $149 for general admission, and $25 for any additional (2 max) per car (up to six people). Click here to purchase tickets.
With safety being the top priority, all CDC and local guidelines will be followed. Fans are encouraged to remain in their designated car area. They are also asked to wear a mask and stay six-feet apart from crowd members when they are utilizing restroom or concession areas. Limited concessions with food and drink will be available on site.
For additional information and the latest news, visit www.sisterhazel.com.

Follow us
Related Topics:charleston area convention centersister hazel
Up Next