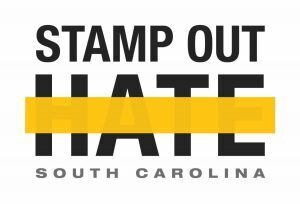 The following is a statement from the Alliance For Full Acceptance on the Sunday assault of a LGBTQ person in downtown Charleston:

This week, we were disturbed to learn of an incident in Downtown Charleston during which an LGBTQ member of the Charleston community was the victim of an anti-LGBTQ slur during a confrontation. The victim’s property was attacked and he was subjected to the brandishing of a firearm before fleeing in terror.

Because this incident occurred within the city limits and involved crimes covered under city ordinances, it can be charged as a hate crime under Charleston’s hate crime ordinance. We applaud the City of Charleston’s effort to pursue their investigation through this lens. However, if this crime had occurred outside of city limits or risen to a higher level of violence than is covered by municipal law, this crime could not be investigated as the hate crime it is.

From Chase Glenn, a Stamp Out Hate SC Steering Committee Member and Executive Director of the Alliance For Full Acceptance: “Now is the time to get serious about passing a hate crime law here in South Carolina. It shouldn’t require high profile hate crimes to highlight the need for a law, but the fact that someone was targeted because of who they love and how they identify, demands our response. This isn’t a political issue. This isn’t only about LGBTQ people. This is about creating safer communities for all South Carolinians — sending a clear message that our state is a safe and welcoming place for all people, and hate has no place here.”

Background on Stamp Out Hate South Carolina’s Coalition Efforts
As one of three states in the US with no law specifically protecting citizens targeted by hate crime, it is long past time that South Carolina moves forward with the passage of hate crime legislation.
In the interest of making that happen, the Jewish Community Relations Council of Greater Charleston, Alliance for Full Acceptance, Mother Emanuel AME Church, Charleston Hispanic Association, Lowcountry Coalition Against Hate, the Anti-Defamation League, Jewish Council for Public Affairs, Columbia Jewish Federation, Charleston Jewish Federation and others have banded together behind a position statement and an official campaign called Stamp Out Hate South Carolina.
Our position statement, the list of signers, the link to add your organization to the list, and information on how to support our campaign are available on our coalition’s website: www.stampouthate.sc
Editor’s Note – Holy City Sinner founder Christian Senger is one Stamp Out Hate South Carolina’s business supporters.

Follow us
Related Topics:Alliance For Full AcceptanceStamp Out Hate South Carolina
Up Next