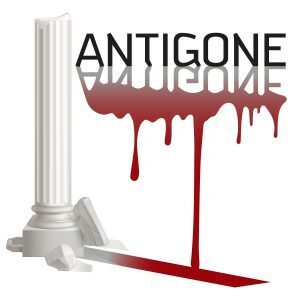 Presented by the College of Charleston’s Department of Theatre and Dance, Sophocles’ classic Greek tragedy “Antigone” will be retold with a modern twist in an adaptation penned by multiple Tony-nominated and Peabody Award-winning playwright, Emily Mann.

Director and adjunct faculty member Nakeisha Daniel shares, “Emily Mann brilliantly adapted ‘Antigone’ in a way which brought the play out of ancient Greece and into the 21st century. What I found most interesting in this version was the obvious struggle between political and religious ideals, which manifests between Creon and Antigone, and how those ideals are used to win favor with common citizens.” Daniel hopes that the audience will leave with a curiosity about how the decisions of those we place in power affect our daily lives.

“Antigone” is a story about conflict at its core. Antigone wants to bury her brother, Polyneices, because she claims it is her God-given right. Creon swears to uphold the law, which forbids her brother’s burial, and demands that everyone obey it. The questions asked are, who is right and who is wrong? What is God’s law and what is Man’s law? Which law prevails in the end?

The production concept was inspired by images of destruction and civil unrest as seen around the country during the recent protests. The National Capitol Columns at the National Arboretum inspired the set design because of the monument’s tie to Ancient Greek roots and location in Washington.

Earlier this year, playwright Emily Mann retired from her position at the helm of the McCarter Theatre Center in N.J., where she had overseen more than 160 productions, including more than 40 world premieres – creating a home for theater legends and amplifying the voices of women and people of color. During her 30-year tenure, the theater won the prestigious Tony Award for Outstanding Regional Theatre, and Mann herself was nominated for multiple Tony Awards as a playwright and director. She is best known as a playwright for her 1995 Broadway show “Having Our Say” and her more recent Off Broadway bioplay “Gloria: A Life,” about Gloria Steinem. Her numerous personal awards include: The Peabody Award, the Hull-Warriner Award from the Dramatists Guild, the Helen Merrill award, awards from the NAACP, eight Obie awards, a Guggenheim Fellowship, the 2011 Person of the Year Award from the National Theater Conference, as well as the Margo Jones Award, given to a “citizen-of-the-theatre who has demonstrated a lifetime commitment to the encouragement of the living theatre everywhere.” Mann also received an honorary Doctorate of Arts from Princeton University, and recently she was inducted into the Theater Hall of Fame in recognition of her significant contributions to the field.

During this challenging time for the arts community, the Department of Theatre and Dance continues its season theme, THE SHOW MUST GO ON, with a final fall production of student monologues “Our World: Student Voices on 2020” and spring productions to be announced. Tentative production details are listed and updated at theatre.cofc.edu.

Follow us
Related Topics:College of Charleston Department of Theatre and Dance
Up Next