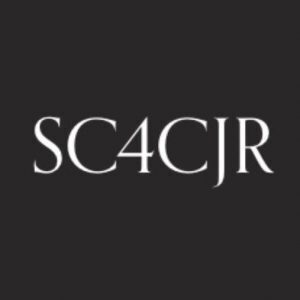 The ACLU of South Carolina (ACLU SC) and South Carolina for Criminal Justice Reform (SC4CJR) this week expressed concerns about the city of Charleston’s assessment of its response to the uprising in Charleston on May 30th and 31st, 2020. In a letter to Mayor John Tecklenburg, Charleston Police Chief Luther Reynolds, and Charleston City Council, the groups provided an analysis of objections to the city’s assessment and reiterated their opposition to mass police violence in and around Marion Square on the afternoon and evening of Sunday, May 31st, 2020.

“This report is a masterclass in the use of hollow rhetoric and passing the buck,” ACLU SC Executive Director Frank Knaack said. “There is a stark difference between the image and reality of the Charleston Police Department (CPD). Four months after CPD brutalized people protesting police brutality, the department still refuses to hold itself accountable. This willful neglect further undermines the community’s trust in the CPD and is yet another reminder that we must support the local movement to redefine and reinvest in true public safety.”

The letter outlined a series of concerns with the city’s assessment including factual inaccuracies and omissions, selective use of inflammatory and passive language, CPD’s refusal to protect the constitutional right to protest, and violations of CPD’s internal policies.

“The unwarranted escalation and violence at the hands of police officers towards peaceful citizens on Sunday, May 31st, 2020 should never be repeated,” said SC4CJR Founder and Executive Director Allie Menegakis. “Law enforcement officers take an oath to protect and serve all of us. Protecting and serving all of us means that CPD and other agencies must not only be transparent in their good practices, but also their mistakes. That transparency is missing from CPD’s preliminary after-action report, and is crucial to building respect and trust with the community.”

This week’s action follows two letters sent on June 2nd and July 29th by the ACLU SC calling on local law enforcement leaders to publicly explain their rationale for responding to non-violent protests against police violence with more police violence. The June 2 letter also issued a list of demands including a public apology from law enforcement leaders as well as outlined plans for holding officers accountable and guaranteeing people’s right to protest in Charleston. The City responded on June 22nd, bypassing questions and demands posed by the letter and defending law enforcement’s actions on May 31st. The city has not responded to further inquiries.

The full text of the letter can be found here.