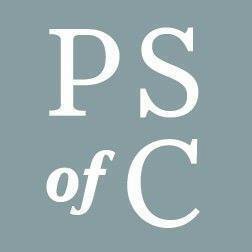 Now celebrating its 100th anniversary, The Preservation Society of Charleston (PSC) is pleased to announce its Centennial Campaign. The organization has raised $5.6 million of a $6 million goal to enable it to meet the challenges that face Charleston today, preserving and protecting the community for the next 100 years.

The fundraising progress was announced to members this week, just days after a new historic marker was unveiled at 20 South Battery, the site of the first-ever meeting of the Society for the Preservation of Dwellings on April 21, 1920.

“We’re thrilled to share the news of our Centennial Campaign,” said Kristopher King, Executive Director of the Preservation Society of Charleston.“In order to protect Charleston for future generations, we must act now. Our team has never been busier with issues like flooding, over-development and tourism. These funds will be essential for expanded advocacy and outreach throughout the Charleston area, ensuring that we can keep Charleston not only a beautiful place to visit, but an incredible place to live.”

The money raised from the campaign — the Society’s first ever — has been allocated to four specific areas. A $3 million endowment will support additional advocacy staff. The $1.5 million Preservation Defense Fund will be used as needed for targeted public relations campaigns or litigation. Another $1 million has been allotted for much-needed technologies, and the remaining $500,000 will support an Operational Reserve Fund to offset the challenges of the pandemic and to launch some long-planned initiatives.

Thus far, the PSC has raised $5.6 of its $6 million goal, including an early and transformational $1 million commitment from the Manigault and Gilbreth families, who are related to the Society’s founder, Susan Pringle Frost. The PSC is now asking its members and the general public to contribute the $400,000 needed to take the campaign across the finish line.

“In planning for our Centennial, we decided early on that we wanted to celebrate our milestone anniversary by securing the future of this organization,” said Betsy Cahill, Chairman of the Board of the Preservation Society.“We have an impressive track record of success over the last century, and Charleston would be a very different city if the Preservation Society had not existed. With this campaign, we are focused on how we can serve our beloved city for the next 100 years.”

For more information or to donate, visit www.preservationsociety.org/campaign/ or call 843-722-4630. 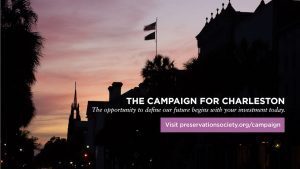