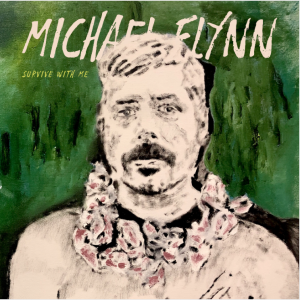 Michael Flynn, a founding member of Charleston’s Slow Runner, is set to unveil his third solo record, Survive With Me next Tuesday, October 13th.

Newly settled in mountainside of Saluda, NC, Flynn made the most of his time at home this season by dabbling in the art of stop motion lyric videos, live streaming frequently from his sunroom-turned-third-grade-classroom, and reclaiming Zoom as a tool for socially-distanced duets.

Flynn says his new record, Survive With Me, is “a commentary on the increasingly unsettling 21st century realities, with deeply personal meditations on parenthood, getting older, and carving a home in a new landscape.”

The album has already received some early praise:

“On Survive With Me, Michael Flynn finds a perfect balance between mischievous fun and severity. It’s rare for an artist to manage such masterful sarcasm, but Flynn does it with ease.” – The Wild Honey Pie