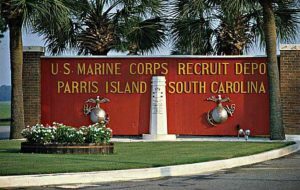 “In a desperate attempt to win an election, Representative Mace has staged a dishonest and shameful political stunt at the expense of our military,” Mayor Keyserling said. “Her scare tactics regarding Parris Island are an insult to the men and women of the Marine Corps and the residents of Beaufort County. I have had the privilege of watching Congressman Cunningham deliver for Parris Island time and time again and I know for a fact that he and the rest of the South Carolina congressional delegation are working tirelessly to keep our base right where it is. I realize that we are in the midst of the political silly season but there is no room for any candidate to use Parris Island as a political football. Representative Mace should take down her false television ad immediately and use the last month of her campaign being part of the solution – not part of the problem.”