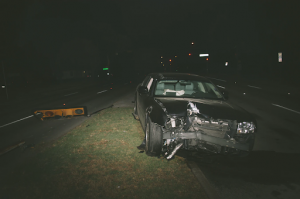 The process of being charged with Driving Under the Influence (DUI) can be a terrifying experience. It might take hours for the process to be over, a time which you will spend in the police station alone and confused. If you haven’t been in such a situation before, things might even take longer. If that wasn’t your first offense, you’ll end up spending a couple of hours at the police station until you are either released or condemned to prison. While it’s not every day that you’ll find yourself being charged with DUI, knowing what to do in such a situation is necessary to maintain your safety. So, if you’re not sure what to do in this kind of situation, here is what you’ll need to do.

Once you’re pulled over by a police officer, you should know that you’re already being suspected of something. Thus, doing anything other than cooperating with the police officer won’t exactly make things better for you. Therefore, it is best that you comply with the officer’s orders at all times. You’re looking at a serious charge here, so even if you were heavily intoxicated, make sure that you do your best to show the police officer that you’re complying. Not complying will make matters worse for you.

Know What to Expect

There are a lot of things that will happen at once after you’re charged with a DUI. When a police officer transports you to a police station, your car will be towed. The costs of towing will be charged to you so you can pay it later. You will also be given contact information for the company that has towed your car so you can retrieve your car later. Being processed in the police station can take several hours, especially if that’s your first offense. At that time, your mugshot and fingerprints will be taken, and you might be questioned about the circumstances which made you drive under the influence. There is nothing much you can do here aside from answering honestly. However, when you’re allowed to contact an attorney, it is time for you to take action.

This is probably the most important step to take during this time. DUI cases are intricate and the laws relevant to such cases can be even more complex, which will require professional help, especially in states like Florida where DUI-related arrests were 151 per 100,000 people only in 2018. For that reason, the DUI professionals at MeldonLaw.com recommend hiring a specialized DUI attorney, as they will be able to help you more than general attorneys in your case. DUI attorneys will naturally have a better understanding of the DUI laws and they will be able to represent you properly in court if things come to that. They will also be able to make the outcome of your DUI defense more favorable, even when you’re found guilty. 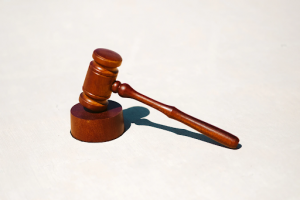 Assuming that your case went to court, you will have time to enter your plea. That is basically what arraignment means; however, for your arraignment to be successful, you shouldn’t plead guilty and follow your attorney’s advice on how to prepare for that portion of the trial. There is a possibility that your plea can swing the odds in your favor, so make sure that you exert as much effort as needed to perfect your plea. With an expert attorney on your side, you can enter a plea of not guilty, which will provide you with a jury trial. When that is done, you can prove with the help of your attorney that you weren’t actually driving while under the influence of drugs or alcohol.

With that said, you will be able to face the challenging DUI charges on a steadier footing. It’s true that this can be a frightening and confusing experience, especially if that’s the first time that you’re being arrested for such a thing, but it is imperative that you remain calm until you can get adequate legal help, which will guarantee your protection and might change the outcome of your trial.