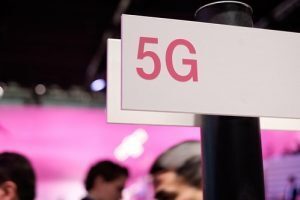 It might have taken a few months, but Charleston is finally seeing real progress in its integration of the new 5G mobile network. Mostly operating through T-Mobile so far, this long-awaited tech has many industry enthusiasts salivating. The rest of us can be left scratching our heads, however, wondering if making the jump is worth the cost of an upgrade. Taking a look at some common use-cases, we want to see where the line might lie for you.

What is 5G Anyway?

A somewhat arbitrary term, 5G refers to the fifth generation of mobile connectivity technology. In essence, this technology is more progressive than revolutionary, pushing what was formerly already fast connections to new heights. This means quicker downloads and uploads, less time waiting between clicks, and more active users from a single cell tower.

Unfortunately, these advantages also come with a cost, as 5G’s signal doesn’t travel as far as 4G’s, neither can it penetrate buildings as well. For these reasons, we’d expect 5G to operate alongside 4G in populated areas, rather than replacing it completely. Just note that you don’t need to worry about backward compatibility, as 5G phones will still work fine with older 4G and 3G networks.

Worth Making a Switch?

To cut a long story short, the answer to this question is probably no, at least not yet. For most applications, 5G is overkill, giving far more than a user could demand from any one device. With that in mind, let’s consider some average uses.

A popular online activity, and one which serves well as a comparison. Online casino games, despite how far they’ve come, are in a tier of entertainment experiences that gel perfectly with older 4G connections. For example, playing any blackjack online game, whether the regular or live versions, should never see issues on 4G speeds. This is particularly down to the fact that it is a turn-based game that, when played online, does not come with the same kind of immediacy as a player would experience in a physical casino. There’s no requirement to decide on your bet type before your opponents – whether that’s those around the table or the dealer – meaning any kind of lag shouldn’t be an issue. 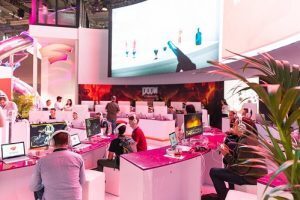 Streaming video can be a demanding ask of mobile connections, but even in the more demanding cases, 4G will usually deliver. For a direct example, we could look at the upper echelon of 4K video streams. In this scenario, the data-hungry use of Netflix asks for about 25Mbps. For reference, 4G can operate up to 100Mbps, easily allowing the streaming of an ultra-high level of quality that isn’t especially appreciable on mobile screens anyway.

As a more modern use of mobile phones, video game streaming illustrates a use-case where 5G can prove useful. In this instance, the upper demands of systems like Stadia ask for 35Mbps, falling within 4G’s capabilities. The difference here lies in latency, or response times, in which 5G makes the experience viable where it suffers on 4G.

As it currently stands, there are only really a couple of reasons that most users might consider 5G. The first is if you use your mobile as a hotspot, with multiple users connecting. The other is if you’re one of the very few users out there who require pushing mobile speeds to their limits. Make no mistake, 5G is a great futureproofing technology, but at the moment, for most users in Charleston, its uses are limited.

Step by Step Guide on Relocating to South Carolina