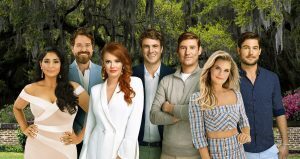 It’s an October surprise from Bravo – Southern Charm, the reality television show based in Charleston returns for its seventh season on Thursday, October 29th at 9 pm. In addition to announcing the season premiere date, the network released a preview trailer, which you can see below.


The video is FILLED with drama – fighting, boozing, name calling, new romances, accusations, rumors, break-ups, and more. And yes, for those of you wondering, some of this year’s biggest headlines – the coronavirus, the removal of the John C. Calhoun monument, and Kathryn Dennis’s use of a monkey emoji in a message to local Black activist Tamika Gadsden – are all featured.

If you want to catch up on all the previous seasons, you can watch episodes via Amazon Video here (there is a cost). The season 7 trailer can be viewed below.

One Broad and Bakers Bar Close Down