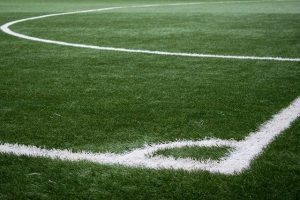 It’s taken a couple of seasons, but Trinidadian defender Leland Archer is now a part of the furniture at the Charleston Battery. With the Battery looking to asset themselves at the top of Group H in the USL Championship, Michael Anhaeuser has been increasingly looking to 24-year-old Archer to provide the backbone for his defense. Now Archer has publicly voiced his determination to become a leader for the Battery.

Having spent four seasons plying his trade for the Charleston Cougars at the College of Charleston, Archer racked up over 6,000 minutes of game time in the NCAA. He was a rock for the Cougars; someone who rarely put a foot wrong and rarely spent time on the sidelines. It was therefore a major transition for Archer when he turned pro and signed on the dotted line for the Battery. His rookie year was restricted to limited first-team appearances, due largely to the performances of senior players such as former skipper Taylor Mueller and Jarad van Shaick.

Archer making up for lost time in 2020

More frustratingly, Archer’s 2019 USL Championship campaign was thwarted through injury. With very little chance to stamp his authority in 2018 and having to spend much of 2019 on the treatment table, 2020 is Archer’s time to shine and coach Anhaeuser has put his faith firmly in the defender this time around. Anhaeuser insisted in a recent interview that he was always confident that Archer “had the ability to play at the professional level” and the 24-year-old is now ready to make up for lost time and become an indispensable member of the backline in the Battery’s bid for supremacy in the Eastern Conference.

Soccer certainly seems to be thriving in South Carolina, with nearby Charlotte set to become an MLS expansion franchise for the 2022 season. This may put paid to the Battery’s hopes of pushing for their own place in the MLS in the years ahead, but it’s possible they – along with the Charlotte Independence – could become a feeder club for Charlotte, providing a pathway to the MLS for talented players like Archer. Charlotte’s new owners will certainly take heart from the fact that newcomer MLS franchises like Nashville SC have stepped up to the plate since their arrival. Regulated US sportsbooks like FOX Bet, which provide daily betting insights on the MLS, tend to believe that the newcomers will avoid the wooden spoon in the 2020 MLS table.

From rookie to skipper: Archer has stepped up to the plate when needed

It’s been some time since the Battery were second-tier champions – a decade in fact – but Archer believes the new-look Charleston rearguard will stand them in good stead for the coming seasons. Archer paid tribute to the likes of Taylor Mueller, who helped him to “get through that phase of [his] transition from college to the Battery”. Mueller himself called Archer a “sponge”, such was his dedication to immerse himself in the Battery first-team setup.

This season, with the likes of Mueller having moved on, Archer has stepped up to the plate and, at times, has even become one of the most senior players in the defensive ranks. Rookie full backs Rennico Clark and Deshaun Nembhard have bumped Archer up in seniority and on occasion this year he has even taken the captain’s armband. As a physical specimen, Archer certainly has what it takes to climb the ladder in professional soccer. At 6ft 4” and almost 200 pounds, there are few forwards at USL Championship level that can dominate him in the air and on the deck. 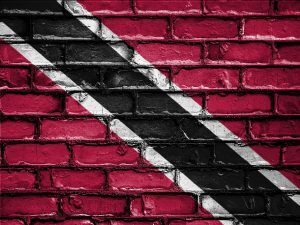 Coach Anhaeuser agrees that Archer is becoming “a dominant defender” at USL Championship level, intimating that he has the “size and athletic ability” to pursue a career in the MLS or perhaps even following in the footsteps of other Trinidadians like Dwight Yorke and Carlos Edwards and playing in Europe. Helping the Battery to a place in the postseason shake-up would certainly be a positive addition to Archer’s CV and back-to-back wins against the Tampa Bay Rowdies have aided their cause. Anhaeuser appears positive about their postseason chances and has waxed lyrical about the “vibe” that the younger players have brought to his rebuilt roster.

What You Need to Know About Hunting Overnight