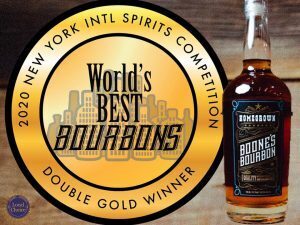 Out of more than 1200 entries this year, hailing from 30 countries, the judges awarded just 42 Double Golds – the competitions highest honor. Just six of those medals went to bourbons.

Boone’s Bourbon is made at Striped Pig Distillery in North Charleston.