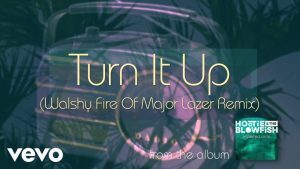 South Carolina’s Hootie & the Blowfish teamed up with DJ Walshy Fire to remix the band’s song “Turn It Up,” featured on the re-release of their latest album, Imperfect Circle. The song was released last week.


Best known for his role as part of the EDM trio Major Lazer, Walshy Fire remixed the song that was praised by NPR’s “Fresh Air” as a “warm contrast to the harshness of a country that’s tense and divided, alluding to the current situation in a mild protest song [which] serves as a reminder that Hootie & the Blowfish were always a little more aware of things than they were given credit for.”

You can listen to the new song below and stream the re-release of Imperfect Circle, now including the “Turn It Up” Remix and the “Losing My Religion” R.E.M. cover, here.
–