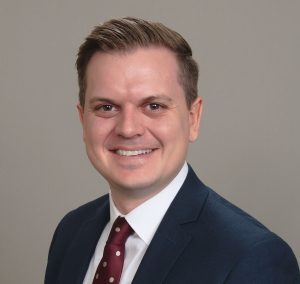 The PGA of America has named Ryan Ogle as the new Championship Director for the 2021 PGA Championship, contested May 17 – 23 at The Ocean Course at Kiawah Island Golf Resort.

“We are excited for Ryan to continue the positive momentum at Kiawah for what will be a memorable 2021 PGA Championship,” said David Charles, PGA of America Senior Director of Championships. “Ryan’s experience and expertise are ideal fits for not only our PGA Championship team already in place, but for our partners at the Kiawah Island Golf Resort.”

Ogle’s predecessor Scott Reid announced his departure from the PGA of America in July in order to pursue an opportunity at a sports and lifestyle marketing agency.

“I’m looking forward to joining the 2021 PGA Championship team in Charleston and can’t wait to get involved with the local community,” said Ogle, 2021 PGA Championship Director. “I’ve heard so many great things about the area and I’m excited for my family to call the Lowcountry our new home. Scott Reid and the Championship staff have done exceptional work to position next year’s Championship as a standout occasion for the PGA of America and I’m ready to use my experience in championship operations to take this highly anticipated event to the finish line.”

Ogle is a graduate of Oklahoma State University, where he received a degree in business administration.

About the PGA Championship

The PGA Championship is the only all-professional major in men’s golf. It began in 1916, just months after the birth of the PGA of America, and annually features the most top-100 players in the Official World Golf Rankings of all golf Championships.

About the PGA of America

For 11 of the past 13 years, the resort has ranked as the number-one tennis resort in the world by TennisResortsOnline.com, and features acclaimed recreation and nature programs. Beginning spring 2018, Kiawah Island Golf Resort launched a three-year development that will greatly enhance the resort’s already world-class amenities. For more information, visit kiawahresort.com