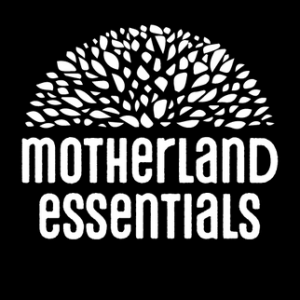 On Sunday, August 9th, local soapmaker Andrea Davis launched a Kickstarter campaign to help move her business, Motherland Essentials, into a new space. In just three months, her business has outgrown not only Davis’ garage, but also her one-woman operation. This campaign will allow her not only to have an air conditioned space to work in, but also to hire others to help her expand.

Davis says her love for soap making came after the traumatic lost of her son in utero. When she realized that the job she was working in wouldn’t be giving her adequate time to grieve, nor would they treat her with care, she took her power back by turning her kitchen into a space to cope. Instead of food, she found care in mixing batches of soap and other bath products, making things for her family and friends. In 2017, this coping mechanism grew into a business with a name: Motherland Essentials.

That business grew beyond the kitchen of their single family home and into the garage since then, but with the boom in support over the past few months, now is the time to give Motherland Essentials a separate home, as well as add some employees to the roster. Currently, the operation is headed by Davis with two dedicated employees, but it is her dream to create a safe space for women and creatives who want to make a living wage while also being able to forage their own paths.

The Kickstarter details her plans to scale the brand even further by providing free pick up options and skincare education in the community as she has done before with her soap making classes. Since it’s launch, it is already halfway funded, but it is an all-or-nothing campaign that ends on September 8th at 12 pm.

For more information on Motherland Essentials visit their website www.motherlandessentials.com.

To contribute to their Kickstarter, visit: https://www.kickstarter.com/projects/motherlandessentials/motherland-essentials-plant-based-bath-body-skincare